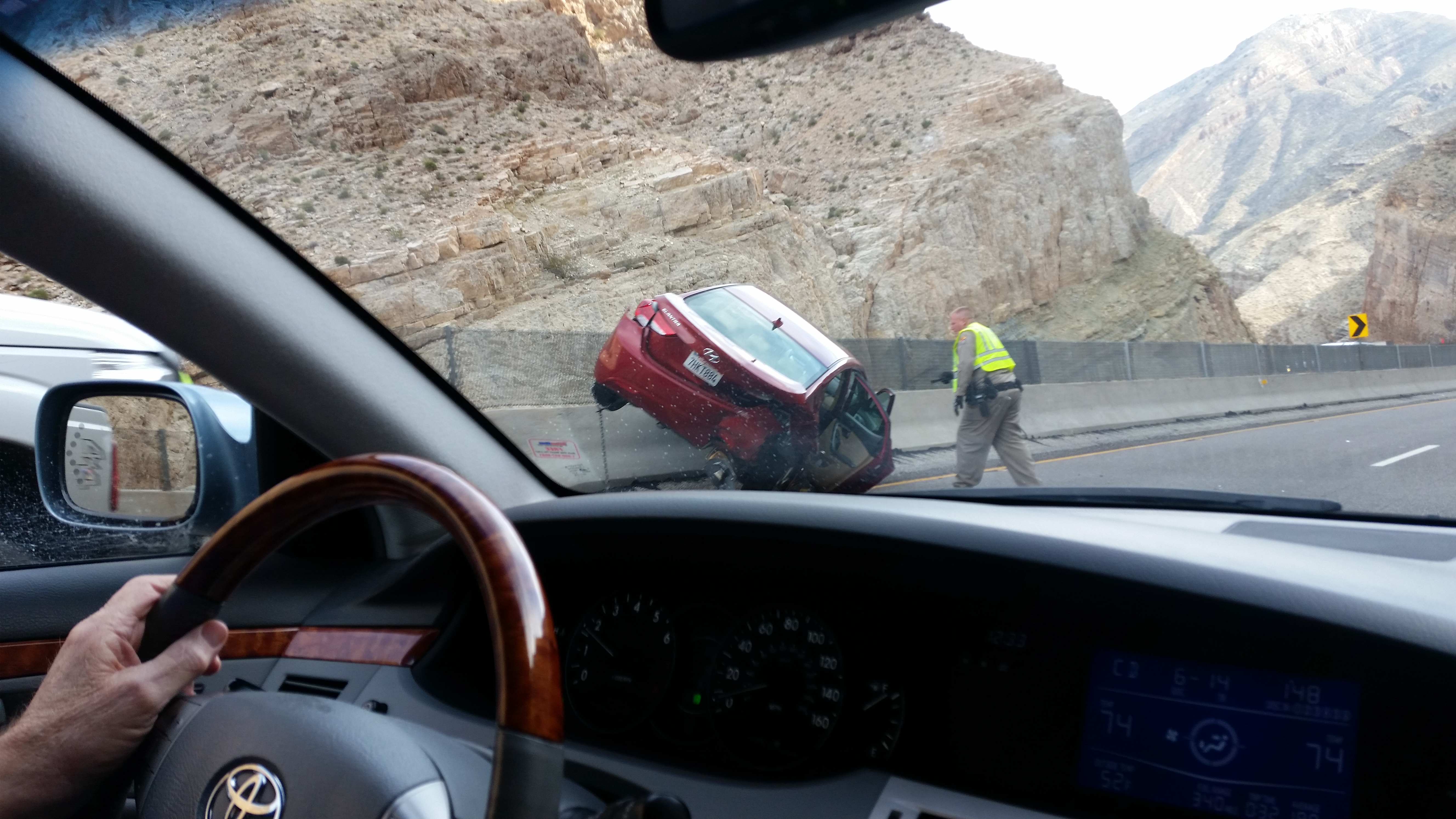 ARIZONA — Traffic delays were expected in the Virgin River Gorge Sunday morning due to road work reducing I-15 to one lane in both directions as travelers returned to the Beehive State from watching Utah and BYU compete in the Las Vegas Bowl, and a two-vehicle crash around noon Sunday added to the congestion.

According to the Arizona Department of Transportation, a two-vehicle crash occurred on northbound I-15 near mile post 14 around 12:06 p.m.

I-15 passes through the winding Virgin River Gorge, which is proximal to the Utah, Nevada and Arizona borders.

ADOT states there were minor injuries as a result of the crash, and that the two cars were blocking the roadway for about a half an hour before they were moved to the shoulder of the road and out of the way of traffic. A FOX 13 News viewer who submitted several photos from the scene said they were slowed to a near standstill as they traveled in the area.