SALT LAKE CITY -- Det. Hilary Gordon removes the blue dress with a lace collar and cuffs from the brown evidence bag, spreading it out on the table.

It's hand-sewn, with "10" stapled inside on a tiny scrap of cardstock. Then she removes a pair of jeans and a lace blouse from bags. They're dirty with a rotting smell that permeates.

"The smell of decomposition," she says. "It never goes away."

She fishes a bracelet that pops open to be a pen and a watch out of envelopes.

This is all that remains of a woman whose body was found in a sewage canal in the Rose Park area on Sept. 3, 1986. Police believe she had been there anywhere from two weeks to a month, rotting in the water. 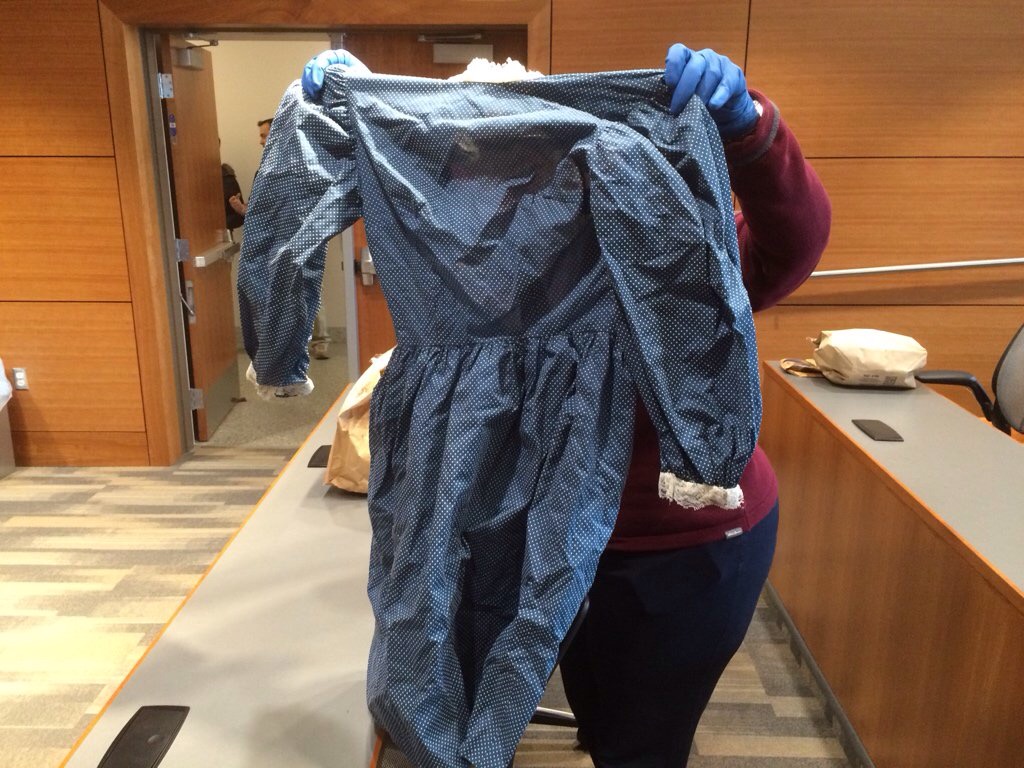 "She was mostly mummified and skeletonized at the point she was found," Gordon said Monday.

Salt Lake City police said the woman is white, aged 20 to 40, about 5-foot-5, and 115 lbs. There was no obvious cause of death and any DNA evidence was destroyed by the water. Her corpse was cremated when the case went cold, and all police have now is the clothing and her dental records.

She does not match any missing persons from the time period. The death is not considered a homicide yet, but listed as "suspicious."

The clothing, police acknowledge, is similar to what women wear in fundamentalist Mormon communities. Det. Gordon said the woman was wearing the blouse and the jeans; the dress and bracelet were found on the banks of the canal.

Anyone with information on the woman or what happened to her is urged to call Salt Lake City police at 801-799-3000.