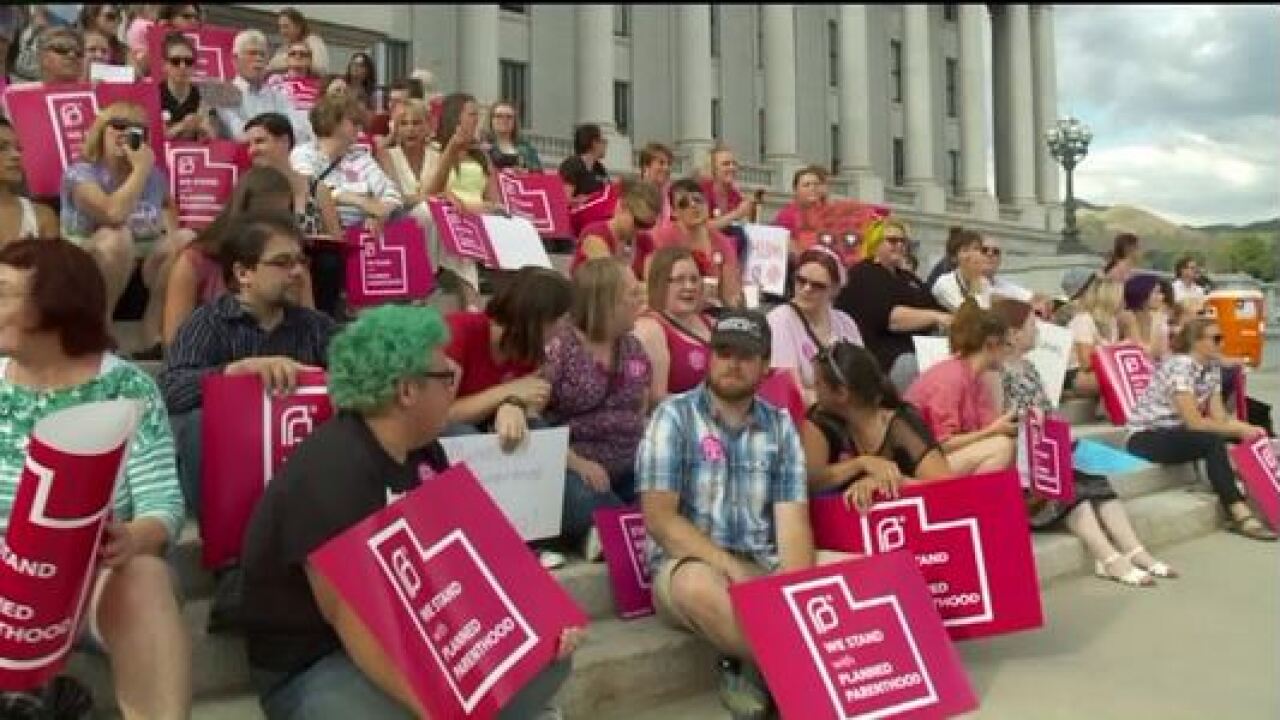 FILE: A rally at the Utah State Capitol in August supporting Planned Parenthood.

SALT LAKE CITY — The United States Court of Appeals for the Tenth Circuit granted an injunction Wednesday that prevents Gov. Gary Herbert and the State of Utah from cutting off funding to Planned Parenthood.

According to a press release from Planned Parenthood in Utah, the injunction was granted Wednesday, and the ruling comes a few days after the organization stated they intended to appeal a federal ruling upholding Herbert’s move to block federal pass-through funds meant for Planned Parenthood.

Karrie Galloway, CEO of Planned Parenthood Association of Utah, said the injunction was welcome news for their organization.

“We are thrilled with today’s decision, which will allow our trusted health care providers and educators to continue serving the thousands of Utahns who depend on us as the appeals process proceeds,” Galloway stated in the press release. “In the mean time, we will count on our partners at the Utah Department of Health to continue honoring the four contracts slated to end December 31, 2015.”

Gov. Herbert’s office issued a statement regarding the injunction as well:

“The governor is confident that once the 10th Circuit Court of Appeals has the opportunity to look closely at the legal issues in this case, like Judge Waddoups, they will reach the same decision and agree that it is contrary to the public’s best interest to remove the governor’s discretion to make contract decisions on behalf on the state.”

The effort to block funding came about after videos surfaced earlier this year that alleged executives from the national Planned Parenthood were involved in discussions to sell fetal tissue.

Planned Parenthood has said the videos are highly edited and misleading, a position they reiterated in Wednesday’s press release, saying the videos were, “created by a group of extreme anti-abortion activists with ties to violence, and that have been entirely discredited and debunked.”

FOX 13 News’ Ben Winslow reports the appeal has been fast-tracked, meaning arguments on the case could be heard within a few months.

Looks like the #10thCircuit just fast-tracked @ppacutah’s appeal, meaning we could see arguments within a few months. #utpol

The full text of the order from the Tenth Circuit is embedded in the tweet below:

Here’s the order from the #10thCircuit halting #Utah from cutting off $$ to @ppacutah (for now). @fox13now #utpol pic.twitter.com/8BL6HeCnIa