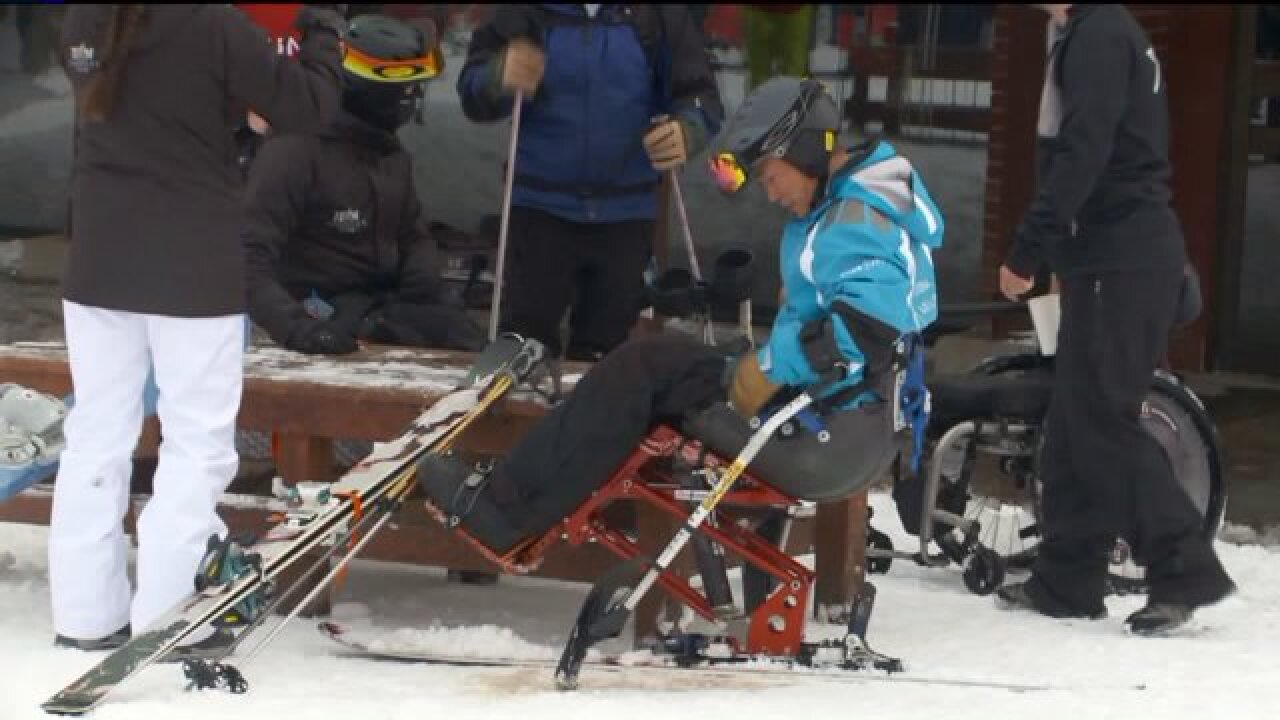 PARK CITY, Utah -- A veteran nonprofit organization is giving wounded veterans an opportunity to enjoy winter sports in a way some thought they didn’t think was possible.

The Semper FI Fund is providing injured military service members lessons on how to ski, snowboard and other sporting activities throughout the year.

“They (Semper Fi) make guys who are in wheelchairs or are amputees -- there’s no difference between any of us,” said Sgt. Evan Stratton, wounded veteran who served in the Marine Corps. “They provide an environment that just makes guys feel normal.”

On Monday, more than 80 veterans hit the slopes at Park City Mountain Resort for ski and snowboard camps.

The nonprofit is providing world-class coaches to teach the veterans how to ski based on their type of injury, which includes using a mono-ski. Coaches include 2014 Sochi Olympic Games Paralympic medalist Keith Gabel.

Stratton said the organization helps veterans learn a new sport or is getting them back into a sport they originally did and adapting to their needs.

However, veterans say, they gain more than just new skills on the snow. They also gain lifelong friendships with other veterans learning with them who've struggled like them.

For more information on the Semper Fi Fund and how to donate to the organization, visit: https://semperfifund.org/