FOX 13 News has learned more about a mountain lion that became an Internet sensation after a photo featuring its unusual deformity was posted online and shared around the world.

The big cat was killed near the small town of Weston, Idaho after attacking a dog and being spotted near homes.

Tyler Olson tells FOX 13 News that on the morning of December 30th, 2015, he heard his dog yelping, looked out his front door, and saw the mountain lion just steps away, lying on top of his dog.

"My first response was to scream and wave it off," Olson said.

It worked. The mountain lion ran off, in the direction of another home nearby.

"Other neighbors were concerned, and brought their dogs in," Olson said.

His dog was badly injured in the attack, and suffered puncture wounds to its body, but is now recovering.

Word of the attack spread through the small community, and a hunting group with a license for a mountain lion took an interest.

"They tracked it down and got it later in the afternoon, brought it to show us," Olson said. "I did see that weird feature on top of its head, and handle it. It was pretty strange."

FOX 13 News has obtained additional photos of the mountain lion from a member of the hunting group who has chosen to remain anonymous, see below for those photos. Wildlife experts have offered several theories about the deformity, click here for details. 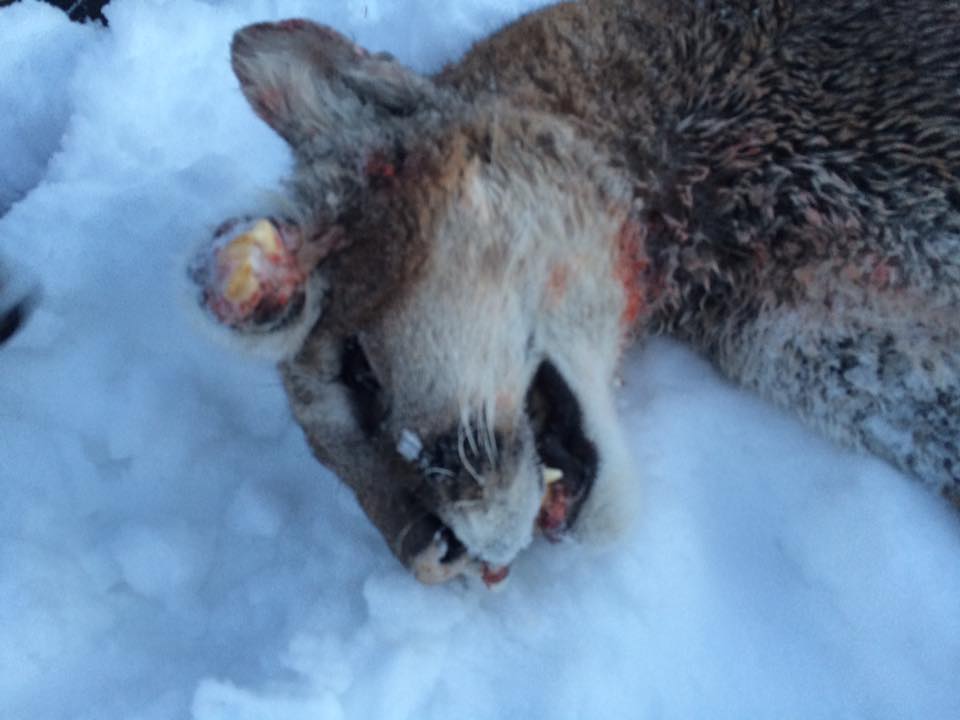