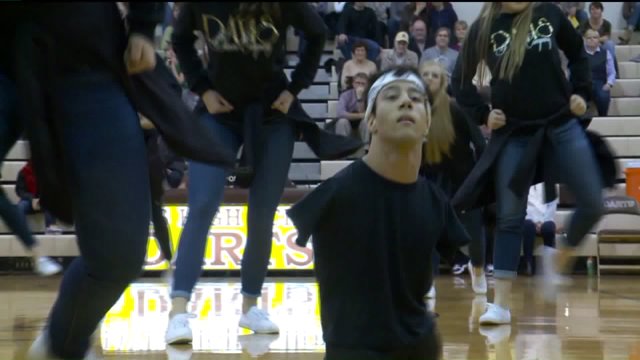 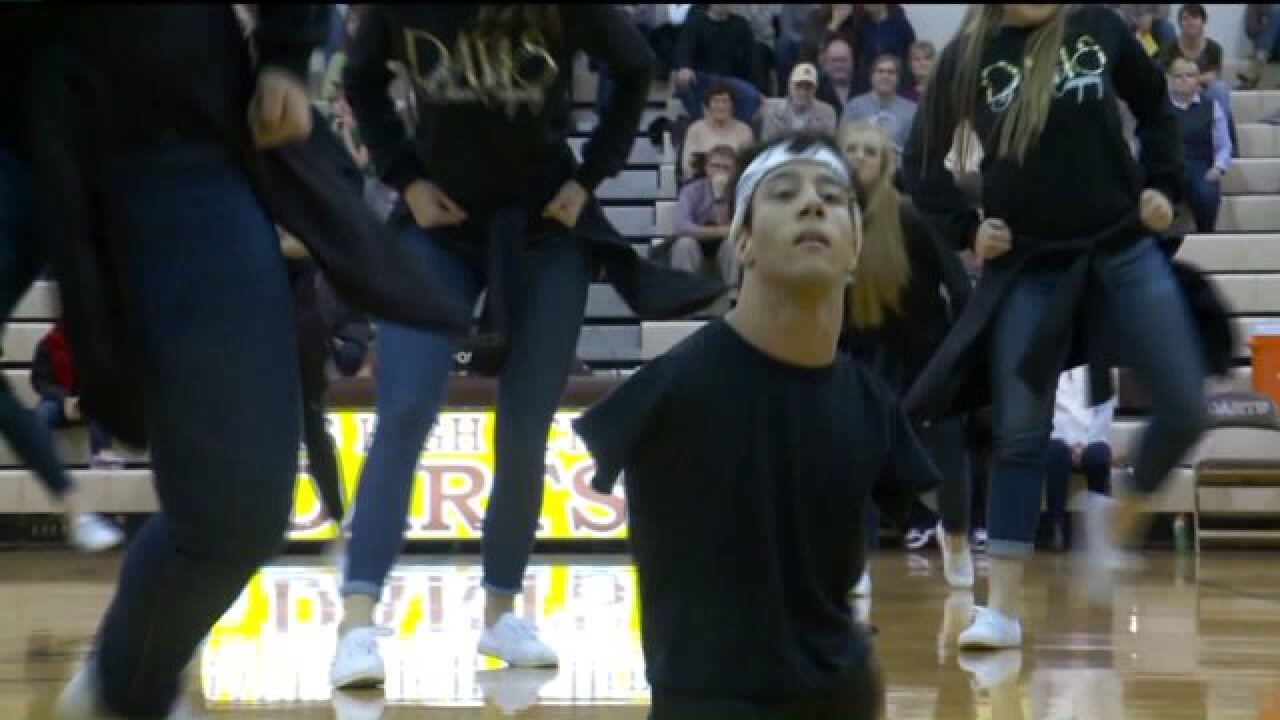 KAYSVILLE, Utah -- An inspiring young man in Kaysville is putting the world challenge into perspective. Seventeen-year-old Gabe Adams was born without arms and legs and suffers from a rare disease called hanhart syndrome, but that doesn't stop him from dancing.

After spending most of his life in a wheelchair, he decided to join the dance team at Davis High School. During halftime at a basketball game Friday night, he performed in front of the whole school.

Cheers rang out as Gabe put the word disability to shame.

"I wanted to prove to myself and to others that there’s more to myself than just a kid in a wheelchair," Adams said.

Gabe's teammate, Aimee Hoster, was blown away when he joined the team.

"Watching him, it just inspires me and I see why he was brought on to this team," Hoster said.

With practices three days a week, which last for more than three hours, dance team is no easy commitment. However, teammate Alexis Delahunty says Gabe makes it seem easy.

"I can’t even imagine doing this without my arms and legs. It's so inspiring. He’s just amazing," Delahunty said.

His dance teacher, Kim King, says Gabe has brought so much joy to the team and has pushed them all to work harder.

Gabe's father, Ron Adams, said Gabe is always pushing himself and taking each challenge in stride.

"I don’t think everyone understands what it takes, the muscle coordination and development to balance when he doesn’t have limbs," Ron Adams said.

He may not realize it, but Gabe is constantly inspiring the people around him.

"He’s just like all the other kids," King said. "His disability is only what we see. Gabe has none."