MALAD, Idaho -- As Powerball sets a new record for the largest-ever jackpot at $900 million, business owners in a small Idaho town just north of the Utah border tell FOX 13 News Saturday is perhaps the busiest day for lottery sales they've ever seen.

Saturday's Powerball winning numbers were announced just after 9 p.m. MT, and earlier in the day photos from Malad, Idaho and other towns near the Utah border showed lengthy lines, with some in Malad reporting they waited as long as two hours to purchase lottery tickets.

"I'm guessing it's a good hour at least to get up to the front," Brett Beardall of West Jordan said while waiting.

Saturday afternoon, there was a line of cars waiting to exit from I-15 into Malad, and several locations in the small border city that were selling lottery tickets each had lines of more than 100 people. The locations included gas stations, grocery stores and bars.

"Most of the people here are from Utah; Malad people don't typically buy lottery tickets," Jenny Lenaghen, an employee at Spero's House of Barbecue, said regarding Saturday's sales.

Debbie Barbas, owner of Spero's, said they opened up their location out of season just to get a slice of the Powerball pie.

Many of those people in line Saturday told FOX 13 News they had traveled to Malad from Utah for their chance at the jackpot.

"I'd probably buy me a hotel," Ogden-resident Del Hinckley said of what he would do with the money if he won.

Dee Rollins of West Jordan said she would look to charitable causes if she won.

"Probably first thing, take care of family and extended friends, but mostly because I love animals, I would take care of the animals," she said.

Malad is a small city, with 2010 census data putting the population at just under 2,100 people. The small town is about 13 miles north of the Utah-Idaho border, approximately 36 miles from Tremonton. Because Utah does not participate in the lottery, Malad is one of several locations in neighboring states that see Utahns crossing the border to play.

The photos in the gallery below also show lines for lottery tickets in Evanston, Wyoming and Beaver Dam, Arizona. 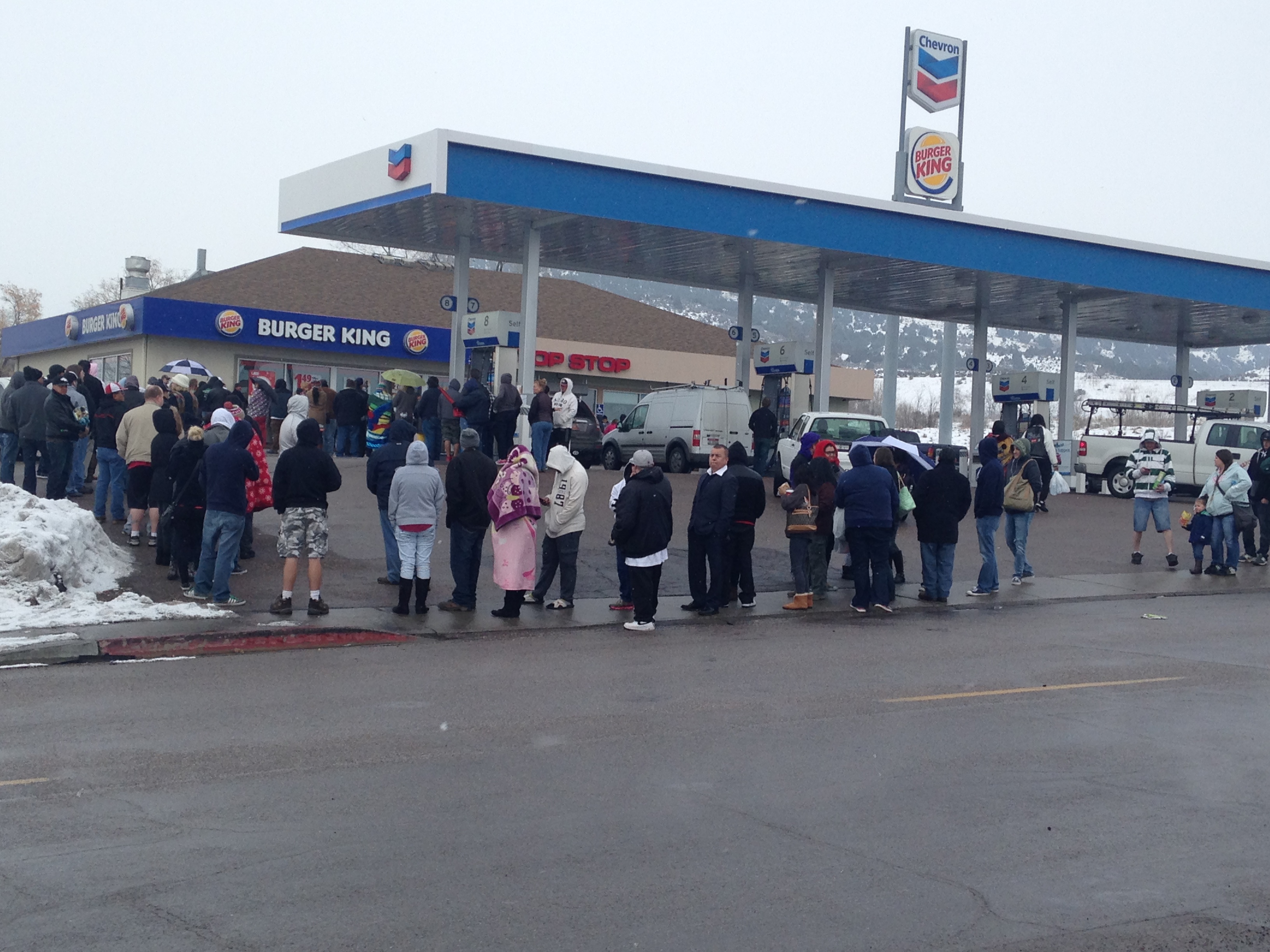 According to the Idaho Lottery Commission, the last jackpot winner in the state came in 2005, but since 2010, 22 others have matched at least five numbers, winning $1 million in the process. Ten of those winners have come from the state of Utah.

CNN reports  the current jackpot has been growing since November 7. It first broke into the top 10 largest jackpots ranking last weekend, when it hit $400 million. Since then ticket sales have only taken off.

It hit $700 million on Thursday after nobody won on Wednesday night -- the 18th drawing without a winner. The next drawing is Saturday night. Those planning to get in on the action should know the odds of winning are 1 in 292 million.