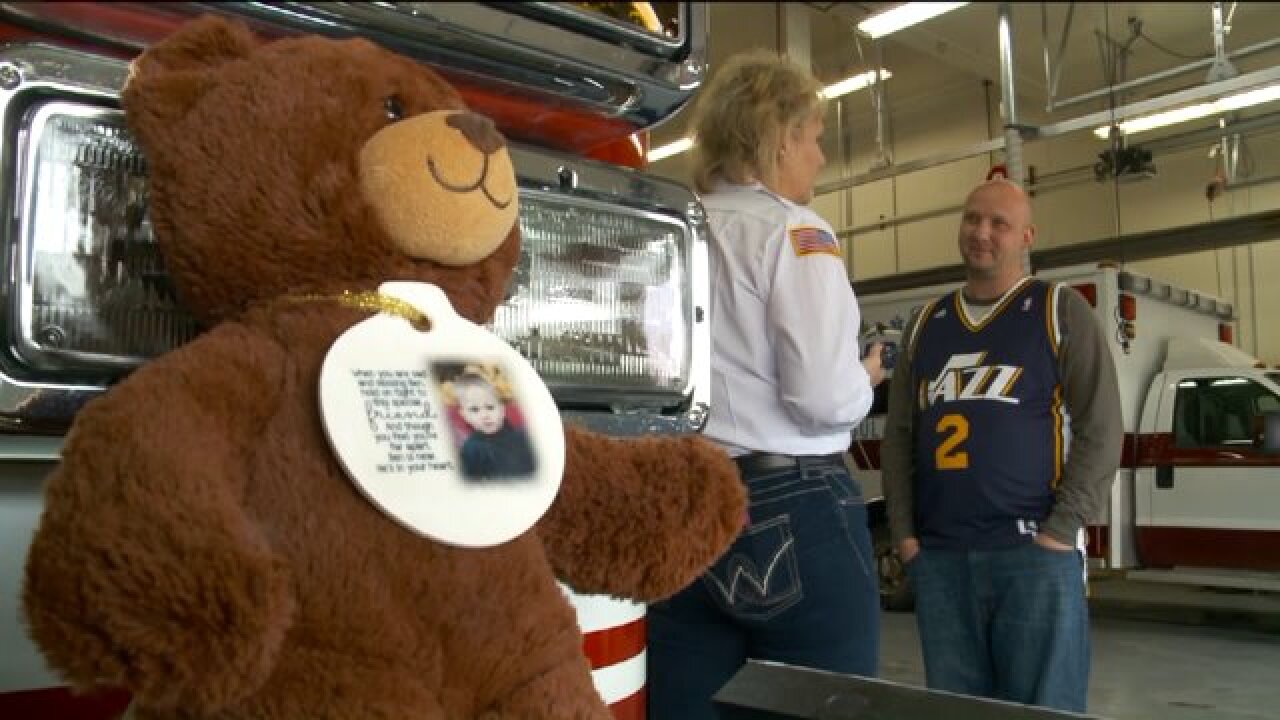 SANTAQUIN, Utah -- EMTs in Santaquin have a new tool in their rigs. Right next to the bandages are teddy bears, and the comforting toys were donated to honor the memory of a 2-year-old Utahn who died unexpectedly.

"Anytime you can hand a stuffed animal to a child, that instantaneously helps with their emotion and helps calm them down," Farnsworth said.

The department has the bears thanks to a little boy named Ben.

On December 1 in 2014, at the age of two, Ben Nemelka unexpectedly died in his sleep.

Ben’s mother, Amanda Nemelka, says he had been healthy up until that point.

"The only thing they found is that he had a virus in his system, but they weren't able to determine that it caused any heart issues, so it’s left undetermined as of now," Nemelka said.

When Ben passed away, he left his twin brother, Luke, behind.

"He definitely noticed Ben's absence right away," Nemelka said. "He would wander around the house with Ben's blanket or Ben's pajamas, looking for him."

To comfort Luke and Ben's two older siblings, a friend of the family brought over some teddy bears.

"She gave each of my other children a bear with these tags, with a picture of Ben on them, just to be a comfort to our children," Nemelka said. "So it kind of morphed from that original idea."

That’s how Bears for Ben was born.

A year after Ben's death, the Namelkas and their friends collected teddy bears to give to their local EMTs and other first responders.

"It really is a tribute to Ben, and it will continue to help a lot of our patients," Farnsworth said.

It’s a non-profit which honors Ben's memory by comforting others, turning a family’s grief into a gift.

"We feel honored that some good has come out of a sad situation for us," Namelka said.

For more information about the project, visit the Bears for Ben Facebook page.