(CNN) — A battering ram breaks the silence, giving way to the sounds of gunfire as a commando screams.

The target: Joaquin “El Chapo” Guzman, the man considered to be the most wanted drug lord in the world.

The Mexican government released video Monday of the daring early morning raid on the kingpin’s hideout in Sinaloa, Mexico, showing a frantic final stand between members of the Mexican navy and Guzman’s loyal henchmen.

By the time the operation is completed, Guzman and six of his men are in custody, the bodies of five more — all members of the notorious Sinaloa cartel — are left strewn across the compound floor.

Incredibly, just one member of the Mexican military force is injured, shown in the video screaming, “They got me, they got me.”

In the background, a constant volley of gunfire can be heard, along with intermittent explosions as grenades hit the floor and the Mexican navy special forces team methodically clear each room in the two-story house.

Still, Guzman managed to slip through the authorities’ grasp.

Amidst the chaos, the two-time prison escapee used his Houdini-like tactics to steal out of the house through a secret passageway, dropping into a manhole that led him to a maze of drains below the streets of Los Mochis.

According to authorities, soldiers chased him and his accomplice through the sewer tunnels, playing a cat-and-mouse game that Guzman would eventually lose.

Emerging from his underground escape route, authorities said the fugitive duo stole a car — but the effort would be his undoing. 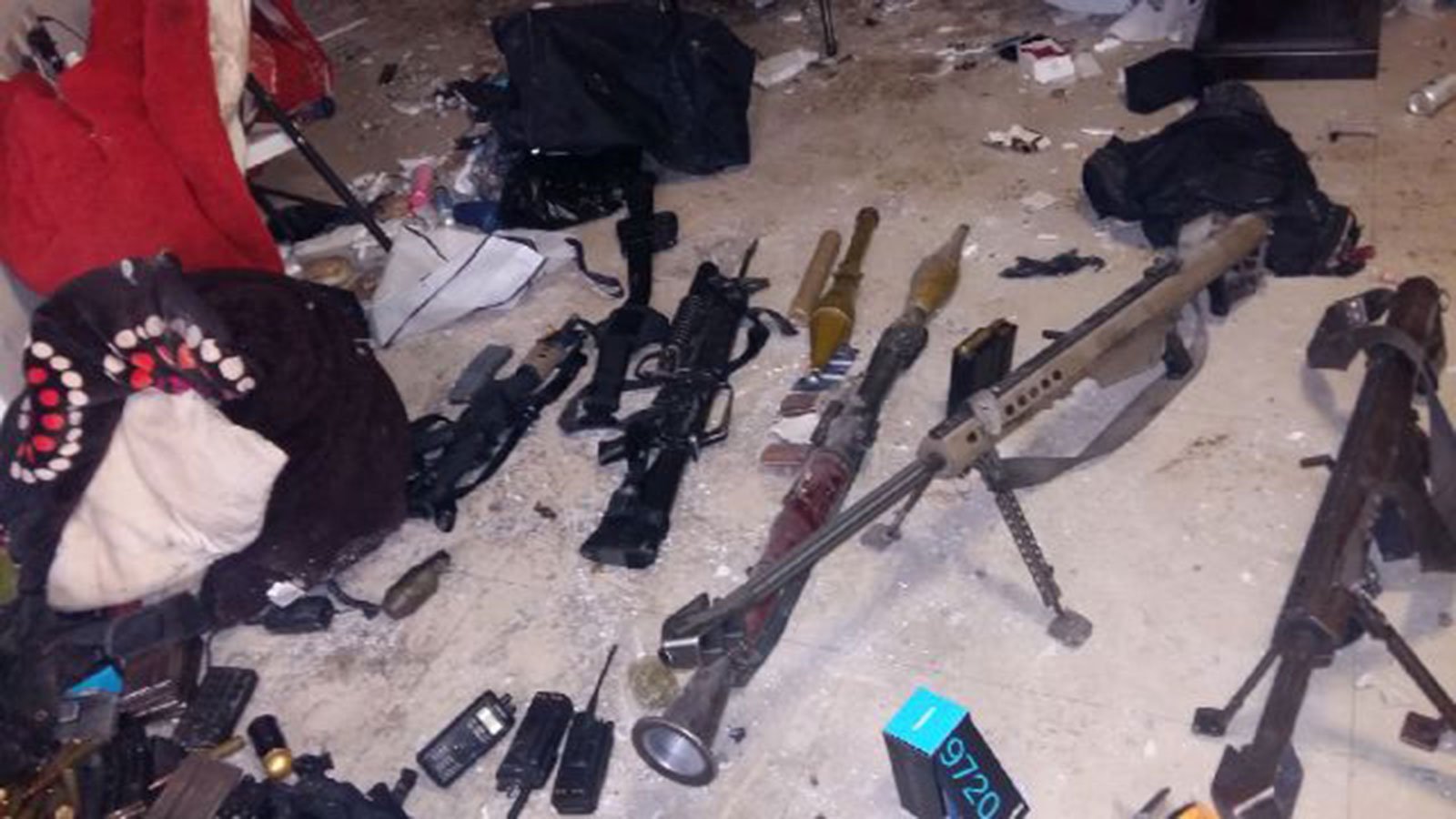 As he tried to flee in the getaway vehicle, police spotted him speeding along a highway outside of the city.

He was nabbed by authorities who detained him in a nearby budget motel, photographing one of the world’s richest men handcuffed on a bed in front of a poster of a scantily clad woman.

Police eventually led Guzman away in an undershirt covered in the filth of the sewer from which he came. The capture came just three days shy of six months after he stepped into his cell shower and tunneled out of a maximum security prison.

Despite his decision to run, the contents of Guzman’s hideout suggested he and his men were ready for battle, with the navy saying its forces found a massive arsenal of weapons alongside the bodies of the slain cartel fighters. The haul included loaded rocket launchers, eight rifles, semi-automatic weapons, grenades and four armored vehicles, authorities said.

Guzman has been returned to the very same Mexican prison from which he last absconded, but the Sinaloa cartel leader could be extradited to the United States, where he faces seven drug-related indictments in various jurisdictions.