LAYTON, Utah - Two people have died and a third is in the hospital after two separate auto-pedestrian accidents Monday morning.

Officers said 42-year-old Adam Brimhall, who was in a wheelchair, was not in the crosswalk when a vehicle hit and killed him near 2080 N. Main St.

The second accident involved two Layton High School students who were in the crosswalk near 199 N. Fort Lane.

The female victim who passed away in the LHS auto pedestrian accident this morning is 17 year old Bailee Dibernardo.

The Davis School District said crisis counselors are at Layton High for students.

The district told Fox 13 Bailee was a "fun, friendly and delightful student with a great sense humor and lots of friends."

She was a functional skills class peer tutor for special education students.

WARNING: Video below is not necessarily graphic in nature but it does show the aftermath of a fatal accident. 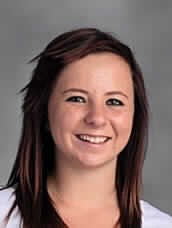