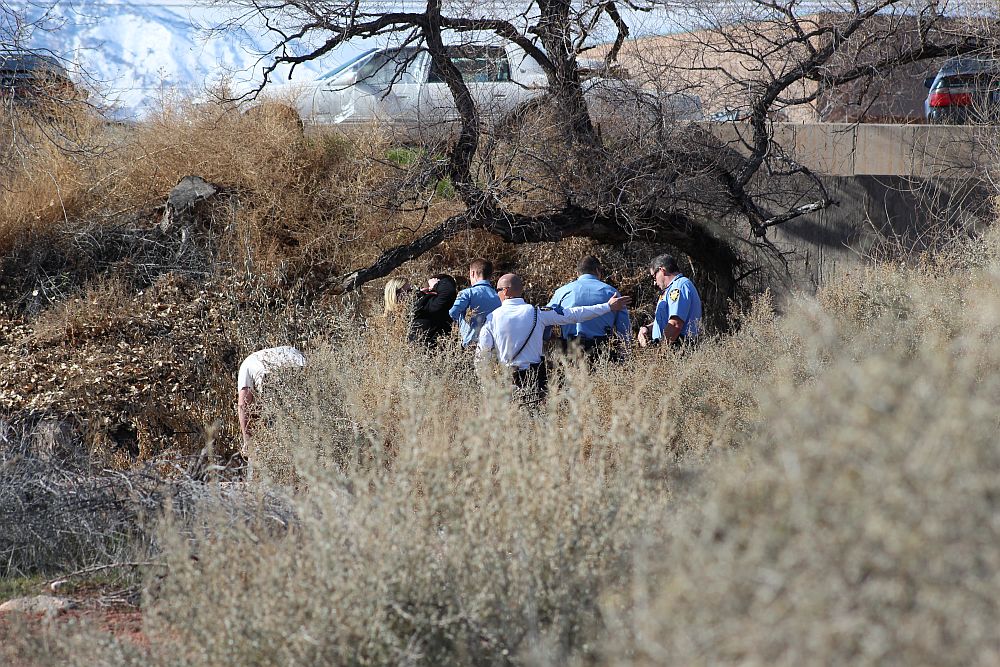 Hikers on a trail in St. George discovered the body of a woman in a stream along the Halfway Wash Trail Thursday afternoon.

Sgt. Sam Despain, St. George Police Department, said hikers located the body along the trail in an area located behind an Intermountain Healthcare clinic on Sunset Boulevard in St. George.

Despain said so far detectives have not found anything suspicious at the scene beyond the body, and they are working with a medical examiner to determine the cause of death and her identity.

“What I can tell you right now is that we do have a deceased adult female,” Despain told St. George News. “She was found in the river in that wash. There were two hikers in the area who discovered this female, at this point our detectives are on scene trying to determine exactly what happened.”

Click here for local coverage and updates from St. George News, who provided FOX 13 with several photos from the scene.