UPDATE: The mother and 6-year-old daughter missing from Tooele have been found safe.

Officials will not confirm where the missing family was but said they are now back home.

NORTHERN UTAH -- The Tooele County Sheriff's Office is looking for a missing and endangered 6-year-old girl and her mother.

According to the county, the mother has been struggling with mental health issues for months and may be behaving irrationally.

"I'm very worried because there is not much I can do right now, I basically have to wait," said Heri Sutanto, the child's father.

Sutanto said he last saw his wife Carrie and daughter Audrey Wednesday morning inside their Stansbury Park home. He said he kissed them goodbye like he does every morning before he goes to work, but when he returned home, they were gone and they have yet to return.

41-year-old Carrie Sutanto is 5 foot 5 and 150 pounds. She is usually wearing yoga pants. While his daughter Audrey is about 4-feet-tall and weighs 40 pounds.

According to the sheriff's office, the Division of Child and Family Services had been investigating Carrie for the last few months.

"I just don't know because of her mental state right now, we are hoping that she is not doing anything to harm herself or my daughter," Sutanto said.

Sutanto said his wife had recently been in a car accident with her daughter. DCFS had visited the home, leaving behind a business card. He said Carrie found the card and he believes that's what may have pushed her to leave.

"She wasn't too happy about it and she felt she did nothing wrong with her daughter, and that's why she just took off, worried about her daughter being taken away or whatever," Sutanto said.

They are believed to be driving in a 2007, metallic green Hyundai Santa Fe. The vehicle has a temporary plate.

"We want them to come home; everybody still loves her," Sutanto said.

The Tooele County Sheriff's Office said they were able to track down calls made from Carrie's cell phone. As of Thursday night, those calls were coming from the Gateway area in downtown Salt Lake City. 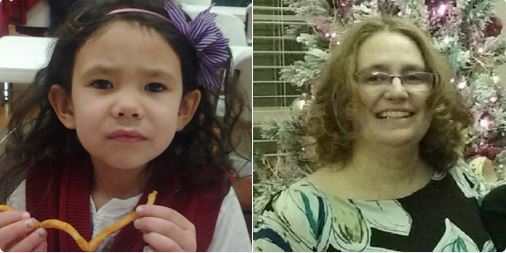