Bulls rescued from burning barn near Heber; hundreds of hay bales expected to smolder for days

CHARLESTON, Utah -- Four bulls were rescued from behind a barn that was destroyed in a fire Friday night, and authorities said the hundreds of bales of hay that were inside the barn will be smoking and smoldering for several days.

Wasatch County Fire received a call about a structure fire at about 10:15 p.m. in the Township of Charleston, which is located near Heber. When they arrived on scene they found a barn fully engulfed in flames.

"All of a sudden I heard a loud explosion and I was in bed and I jumped out, I have never seen anything go up that quick," said neighbor Lynnie Casper.

Firefighters and neighbors helped get four bulls out of the area and sequestered in a safe place, said Janet Carson, spokeswoman for Wasatch County Fire.

Farming equipment, including a tractor and hundreds of bales of hay, that were inside the barn was destroyed, Carson said. Firefighters said the smoke and haze could linger for up to a week.

"Residents of the valley just know that the air is going to be a little bit thick and smokey for the next several days, and we'll do the best to get it out as soon as possible," Carson said.

Casper said she is worried if the wind changes direction, her house could be overcome with smoke.

"I'll just keep an eye on it and make sure it stays that way, if the wind comes up I'll be aware of it, and I'll be out here to be careful and make sure it doesn't come over here," Casper said. "I got two hay stacks right over there, and I don't want them to go."

The owner of the barn said the hay alone was worth about $30,000. A total estimate on damages was not immediately available.

"It's a hard loss and it's a big deal, but we are going to be OK; the main thing with me is that nobody lost life," said Owner John Price.

Price said the barn has been in his family for four generations and he will rebuild.

Fire crews will remain on site until the smoldering hay is completely extinguished. Carson said there appears to be nothing suspicious about the blaze.
There were no injuries reported.

While there has been no official determination regarding the cause of the fire, the owner of the barn said he suspects it was an electrical failure on one of the tractors kept inside the barn. 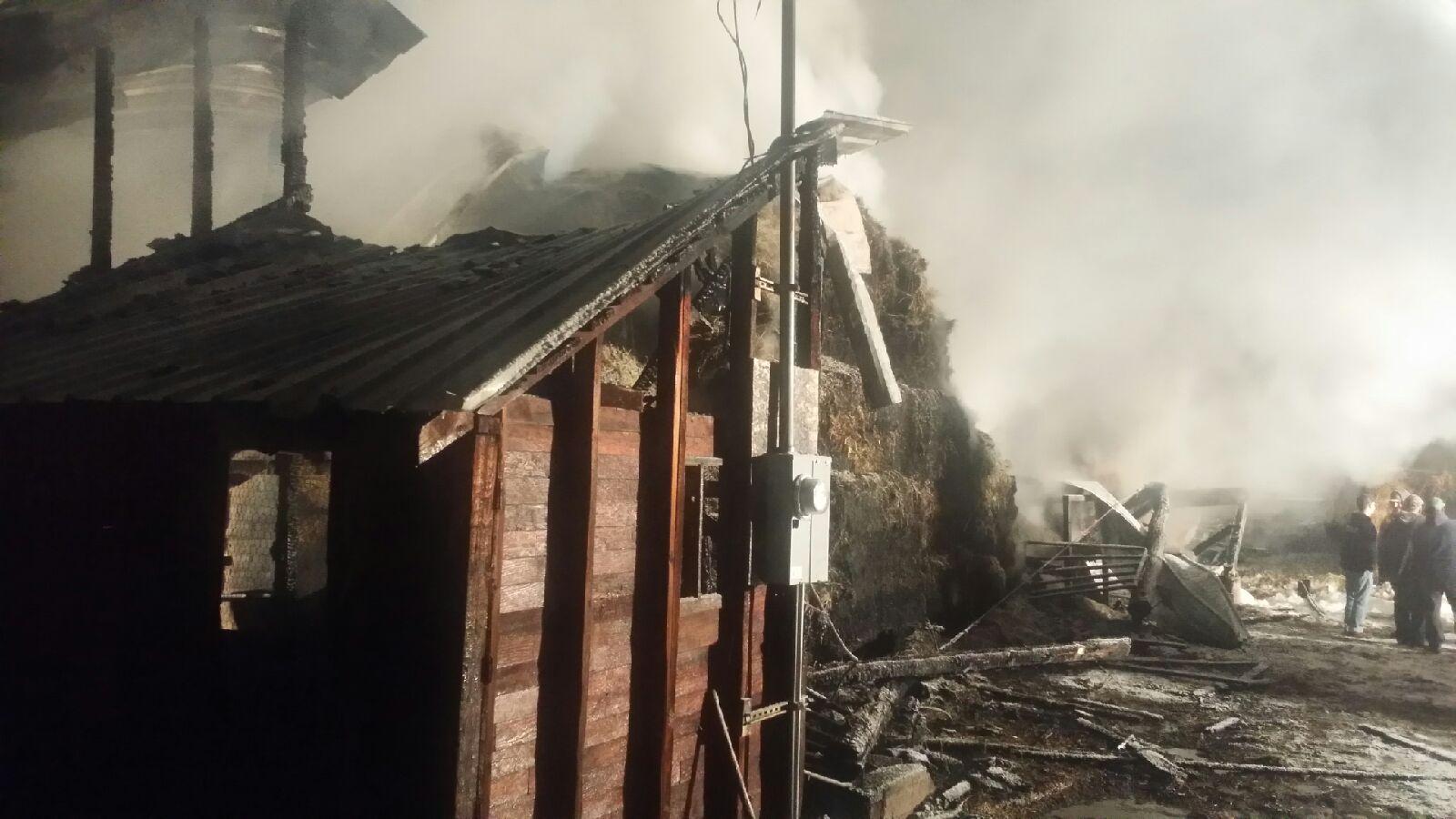