TAYLORSVILLE, Utah -- Emergency crews responded to a government building in Taylorsville Wednesday afternoon after a man crashed a motor home through the doors and then shot himself, and police said the driver had previously sent an email requesting that a suspension for DUI be lifted from a driver's license.

FOX 13 News first heard reports of the crash at the Calvin Rampton Building, 4501 South Constitution Blvd., around 2:30 p.m., with police initially classifying the incident as a crash/suicide.

The driver is so far only identified as a male. While police said initially they were classifying the incident as a crash/suicide, during a later press conference the Utah Highway Patrol stated the man who crashed the vehicle is still alive. His exact condition was unclear, though authorities did confirm he suffered a gunshot wound to the head.

Witnesses at the building tell FOX 13 News they believe they saw the man crash the vehicle and then shoot himself after the impact, however, authorities have not yet confirmed those details regarding the sequence of events.

Utah Highway Patrol said that, earlier in the day, the driver of the motor home had sent an email to the driver's license division, which is housed at the Calvin Rampton Building, asking they lift a DUI suspension on a driver's license.

It is not clear if that emailed request included any threats, though UHP and Unified Fire Authority personnel were concerned enough that they were searching the vehicle for explosives.

"Sweeping the motor home to make sure there's no explosive devices inside that motor home," UHP Col. Danny Fuhr said. "Investigators are on scene as well to find out, number one, why this individual did what they did and try to get some more background information on it."

UDOT stated 2700 West from 4100 South to 4700 South has been closed in both directions, as the area remains an active scene.

FOX 13 News does not generally report on incidents of apparent suicide or attempted suicide unless there is a greater impact to the public, such as a vehicle crashing into a public building.

The Calvin Rampton Complex is located at 4501 South and Constitution Boulevard, near I-215, and houses government entities like the Utah Department of Transportation regional and central offices, Utah Department of Public Safety, the State Crime Lab and the driver's license division. 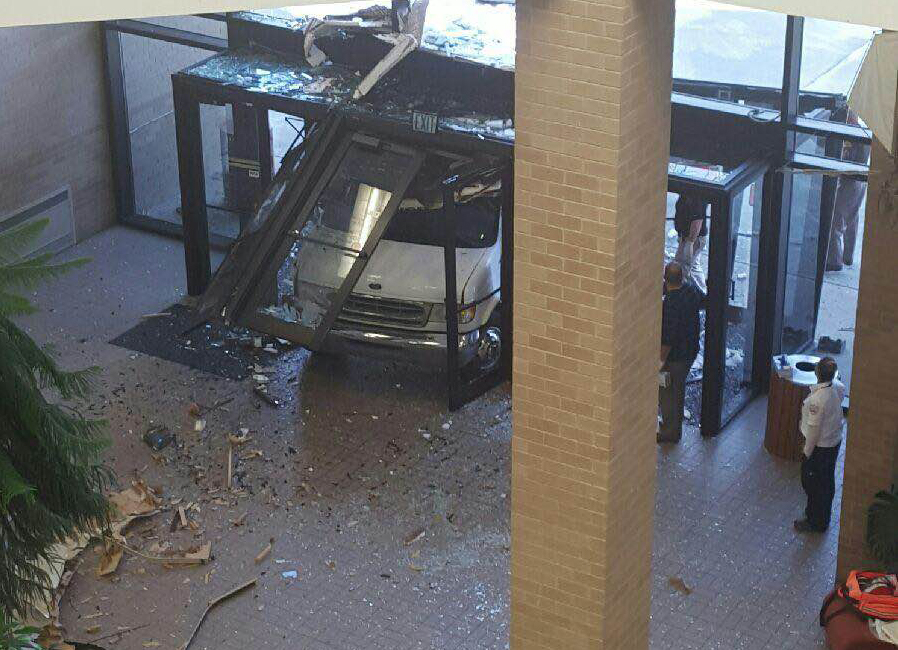