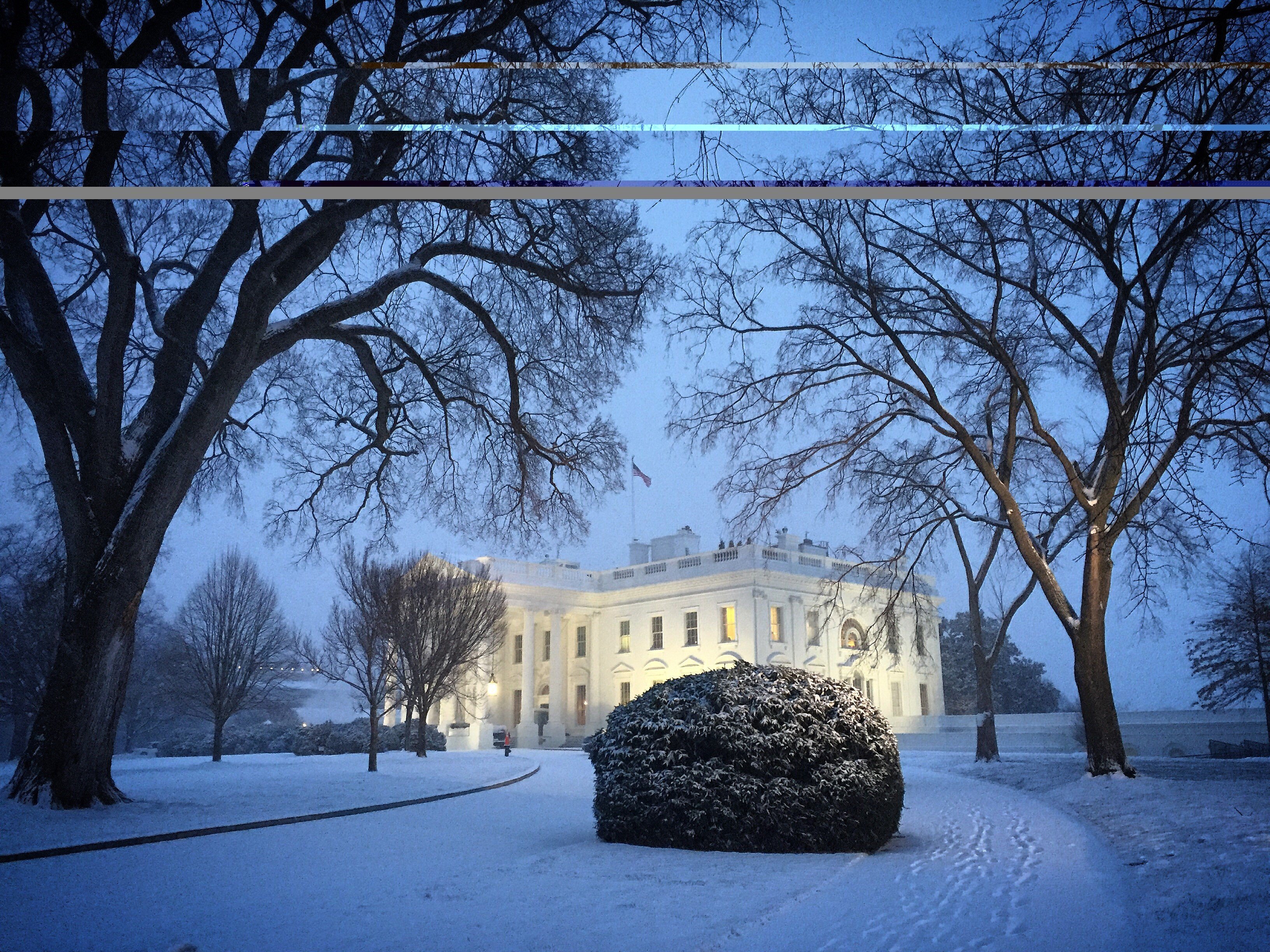 (CNN) — The nation’s capital and Baltimore are taking a direct hit from a monster snowstorm that has up to 85 million East Coast residents in its path.

— The storm system was in a bit of a lull late Friday before “it explodes over the Atlantic Ocean,” said CNN meteorologist Chad Myers. When the low hits the warm water off the Carolinas, the storm will take off again. Two inches of snow may fall per hour in some spots.

— Myers said he expects thundersnow, snowfall accompanied by thunder and lightning, and sleet in the Mid-Atlantic on Saturday.

— Nearly 133,000 are without power across the Southeast, most of those in the Carolinas.

— Airports up and down the East Coast are at a standstill with more than 7,500 flights canceled through the weekend.

Meteorologists have warned the public to take heed as some areas could receive between 18 and — on the extreme high end — 40 inches.

Here’s how the storm is already affecting traffic, air travel, the power grid — and a look at what’s still to come.

As the impact zone for the big storm widens as it moves north, power outage numbers are expected to soar.

By Friday evening, 132,739 customers were without power across the Southeast, with 125,000 of them in the Carolinas, according to Duke Energy.

Help was coming from near and far.

Duke Energy tweeted: “Additional crews from Florida to Michigan continue to arrive & will be deployed as outages occur. #ThankALineman”

The numbers are staggering. Some 7,500 flights for Friday through Sunday have been canceled.

The website FlightAware reported at 6:30 p.m. that 3,070 flights on Friday and 3,961 on Saturday had been canceled across the nation.

Most airports in the Mid-Atlantic virtually were shut down. United Airlines, for instance, said operations at Dulles and D.C. metro airports were suspended, with plans to resume limited flights on Sunday night. The terminal at Reagan National Airport was almost empty Friday night.

Get on the highway? Fuggedaboutit!

We all know those folks who fly down the road, no matter the conditions. Officials don’t want them to see them — or anyone else — on the roads this weekend.

“People need to understand the gravity of what is coming our way,” said Chris Geldart of the District of Columbia’s emergency management agency. “This is a dangerous storm. It is time to be indoors.”

The Tennessee State Patrol tweeted a plea for drivers to avoid the highways: “If you are thinking about going out for a Friday night on the town DON’T! We are desperately asking you please DON’T DRIVE. #STAYN”

Interstate 75 was temporarily shut down because of multiple crashes, the Kentucky State Police Facebook page said, and state troopers in Virginia responded to more than 130 traffic accidents in just one hour Friday afternoon.

Will Mahoney, a resident of Alexandria, Virginia, said the snow came so fast Friday afternoon that within 90 minutes, roads were covered and conditions were deteriorating.

New Jersey Gov. Chris Christie asked that those motorists who go out against advice not interfere with snowplows and salt trucks. He authorized transit officials to suspend service at 2 a.m. Saturday and warned of possible moderate flooding.

While there are no plans currently to suspend mass transit in New York City, the passage of emergency vehicles on streets is imperative. Vehicles blocking roadways are going to be towed.

Washington Mayor Muriel Bowser spared no words in a warning to residents about the oncoming storm.

“It has life and death implications, and (people) should treat it that way,” she said. “People should hunker down, shelter in place and stay off the roads.”

Events: We’ll have to have fun another day

The winter storm has forced postponement of hundreds of events — including NBA games in Philadelphia and Washington, plus an NHL contest in the nation’s capital, as well as a rally for the Carolina Panthers ahead of their NFC professional football championship in Charlotte.

Some fans from Arizona, the home of the Panthers’ foe, flew out early to make Sunday’s title contest, AZ Central reported.

Charlotte Mayor Jennifer Roberts said of Sunday’s game: “We are lucky that it’s an evening game and so the temperature … is supposed to get in the 40s. Our concern is people traveling here who are coming to cheer on their team … and it’s just going to be messy travel throughout the day on Saturday. … We hope that it clears up enough Sunday to keep those roads safe.”

Coping: Stories from the front

From her home just outside Lynchburg, Virginia, Tracy Batwinas said the storm, coming after what has been a mild winter, has jostled many people. Her husband had to circle many times to get a parking spot outside a local Kroger grocery store, and once he got inside, he found that staples like eggs, bread, milk and more had been cleared off the shelves.

By 9 a.m., snow was coming down fast — “the hardest snowstorm that I can remember ever seeing,” said Batwinas, 53, who was born and raised in Virginia. Still, while many are worried, she’s looking forward to “a play date” with her husband of four years and their two golden retrievers.

After a week of superlatives — record-breaking, life-threatening, monster and historic — the snow onslaught is on and getting scarier by the minute.

“The real teeth” of the storm will be after midnight through Saturday afternoon, the National Weather Service tweeted. “Heavy snow, increasing winds, lightning threat.”

From midnight until noon Saturday, the forecast shows snowfall rates to potentially reach 10 inches every six hours, according to Geldart. Also a concern: the wind, which could reach up to 50 mph or even higher.

The snow arrived in Washington in the afternoon and quickly intensified, with 2½ feet possible by the time the last flakes fall Saturday night, said Bowser.

The storm could be the largest in Washington’s history, and will probably rank in the top 5 in terms of snowfall accumulation.

Baltimore may get 18-21 inches, and Mayor Stephanie Rawlings-Blake said it will make auto travel “hazardous if not impossible.” Mass transit service was suspended there for the weekend, as it was in Washington.

Hurricane force wind gusts will be possible Saturday along the Eastern Seaboard, with moderate flooding likely.