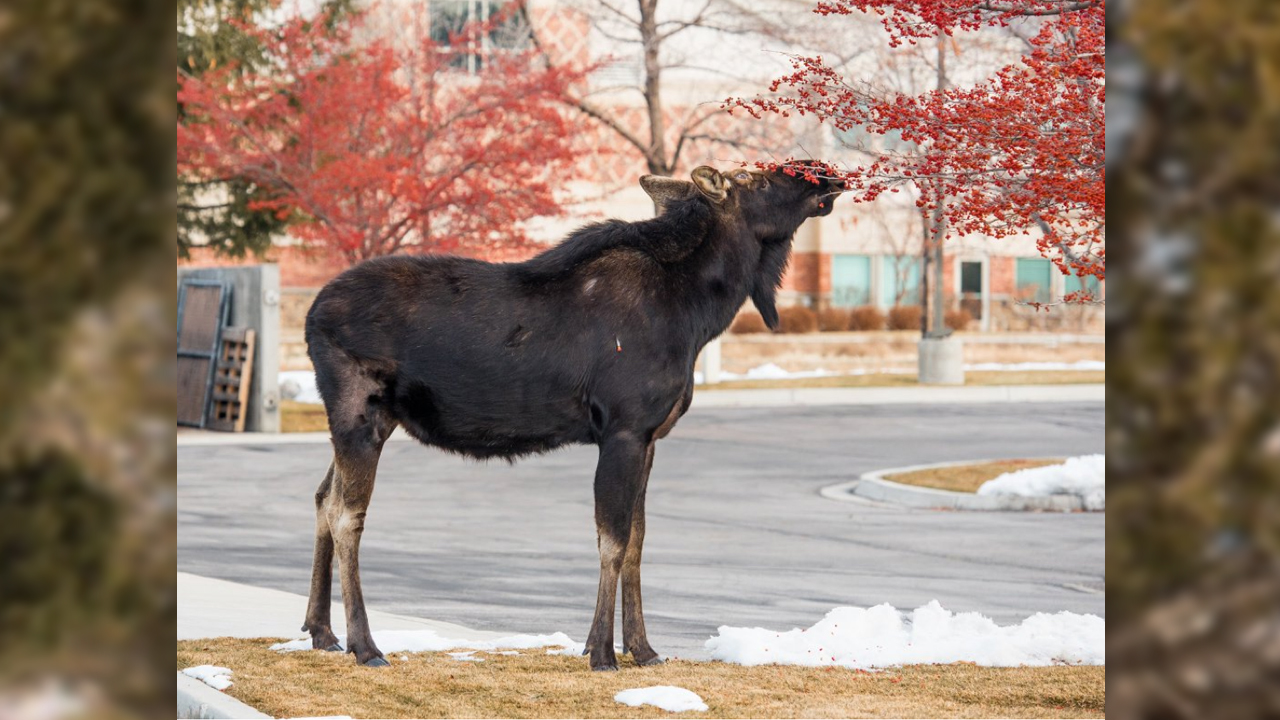 PROVO, Utah – A moose found wandering in Provo Friday morning was relocated to a mountainous areas, and authorities said the animal is a repeat offender when it comes to mingling with the public.

Friday, the moose was found at the Shops at Riverwoods. The Utah Division of Wildlife Resources says they’ve tracked this moose before, and he has shown up in places from Park City to Mapleton—usually in areas where people congregate.

Wildlife officers used a tranquilizer to subdue the moose before relocating him to an area in the mountains.

According to Wild Aware Utah, Moose can be dangerous and aggressive, and anyone who encounters one should give it plenty of space and should seek refuge behind a tree or other obstacle if the moose charges. Click here for more safety tips regarding moose encounters.