One in critical condition after crash; police seek driver who fled the scene 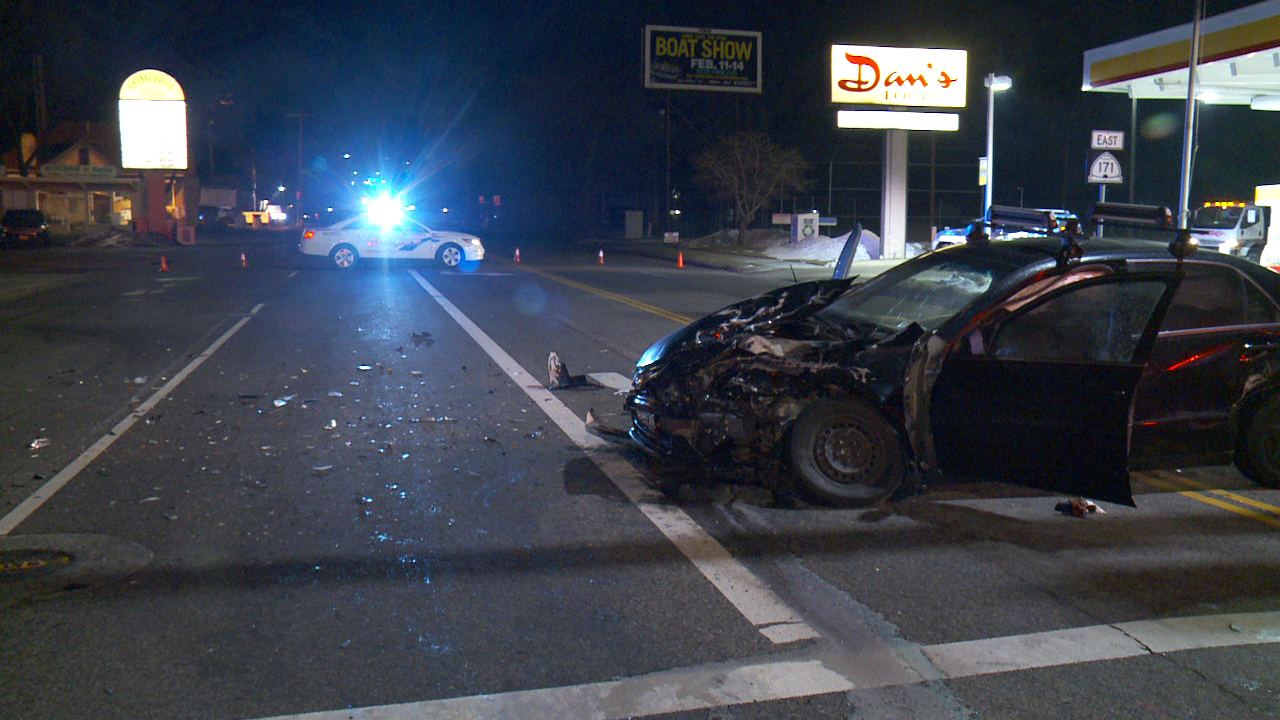 MILLCREEK, Utah – Police are searching for a suspect who fled the scene of a car crash in the Millcreek area that sent two people to a hospital early Saturday morning, and one victim is in critical condition.

Police said a red truck and a black sedan collided in the center of the intersection at 2300 East and 3300 South, sending the truck into a nearby building. The crash occurred around 1:18 a.m. Saturday.

There were two people inside the black car and both were taken to a hospital, one in critical condition and the other in fair condition.

The driver of the truck ran from the scene, disappearing into a nearby neighborhood.

Police said they may know who the driver who fled is, and, if found, he will face charges for leaving the scene of an accident with injury. The driver had not been found as of Saturday evening, and so far the only description of him is a white male who was wearing a hoodie and denim shorts.

McConkey said it was not immediately clear whether one vehicle ran a red light or exactly how the crash occurred, since one driver fled the scene and the other two were taken to hospitals and thus they hadn’t been able to interview anyone yet about the crash.