Big changes could be coming to Utah’s criminal justice system 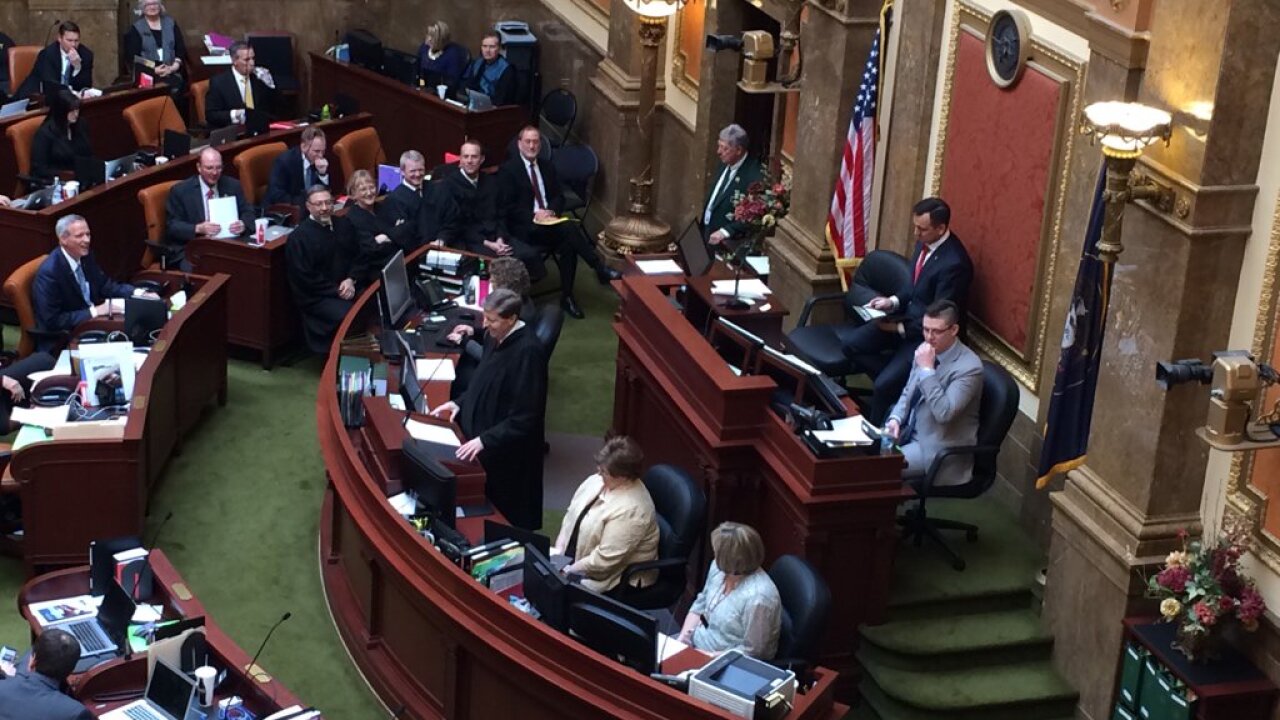 SALT LAKE CITY -- The Chief Justice of the Utah Supreme Court dropped a series of bold initiatives on state lawmakers on the opening day of the Utah State Legislature, calling for an overhaul of the bail system, treatment for substance abuse and mental health and unveiling a new plan to provide cheaper legal services to people.

In his annual "State of the Judciary" address to the House and Senate on Monday, Chief Justice Matthew Durrant outlined some new ideas for the criminal justice system -- and called on lawmakers to make it happen. He noted the massive criminal justice reforms passed by lawmakers last year, where felonies became misdemeanors and more money was put toward rehabilitation.

But Durrant said lawmakers need to fund treatment options for criminal defendants or it will not mean much.

"On this point, I need to be clear: if treatment is unavailable, not only will the system fail to improve, it will likely worsen," he told lawmakers. "Putting offenders who would have previously gone to jail or prison back into the community, without treatment, will almost certainly increase crime."

Durrant addressed a series of reports, including one commissioned by the Utah State Courts itself, that found serious lapses in the Sixth Amendment right to an attorney. He noted bills are being drafted by lawmakers to ensure the right to an attorney if people can't afford one, including statewide oversight. Durrant also pointed out that more training was being offered to judges to remind them that people have a right to a lawyer.

The Chief Justice called on the Utah State Legislature to rethink the bail system and whether people are being incarcerated unnecessarily.

"A fair pre trial release process does not make defendants' wealth the deciding factor for whether they are released pending trial," he said.

Durrant said sometimes people can't afford to make bail, and they stay in jail and lose their jobs, falling back into a life of crime.

"We're putting people in prison or jail pending trial, even though they're not really a risk to flee or reoffend. It's almost automatic in some cases. It really shouldn't turn on how much money you have," he told FOX 13.

The Utah Supreme Court Justices sit in the Senate lounge following the State of the Judiciary address on Jan. 25, 2016. (Photo via Ben Winslow)

The Chief Justice also proposed something to help provide people with access to legal services who may not be able to afford it: Qualified "non-lawyers" who can practice law in areas like debt collection, landlord-tenant issues and family law.

"These specially trained non-lawyers will be called licensed paralegal practitioners," Durrant told the legislature. "For an analogy to the role they will play, you might think of the role of a physician's assistant in the medical setting."

Lawmakers would have to pass bills to fund all of Durrant's initiatives, but bills were already being drafted to make some of them happen. Orem Justice Court Judge Reed Parkin, who sits on the Utah Judicial Council, supported some of the ideas.

"It seems like a brilliant concept where everyone is in tough times financially and the key is to give people access to competent, legal advice," he said.