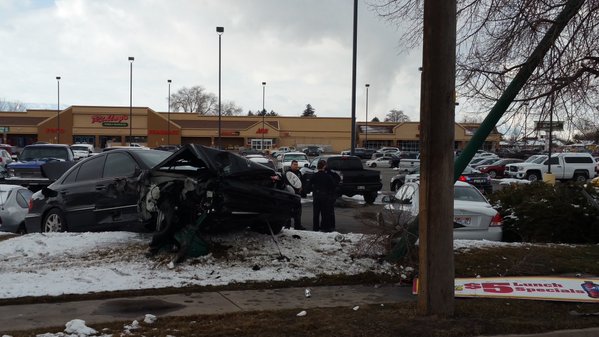 OREM, Utah – Officers have a robbery suspect in custody after they said the suspect led police on a chase and crashed near Officer Doug Barney’s funeral procession route.

Authorities told drivers to avoid N. State St. during the chase and had the person in custody moments later.

Orem officers have not confirmed the suspect’s identity or what they are accused of stealing at this time.

Suspect in pursuit crashed and is in custody.

We have a robbery suspect that is fleeing, avoid N. STATE.