WARNING: Video below could be disturbing to some viewers.

WEBER COUNTY, Utah – A video taken after the crash of a semi hauling cattle on Monday is making the rounds on the Internet. It shows a live cow being disposed of, and some are calling it animal cruelty while officials say they had a duty to protect the public.

A woman posted the alarming video on Facebook on Monday. A live cow is seen moving around inside a front end loader. It is then dumped into the back of a garbage truck. The woman is heard on the video yelling, "no, no!"

Moments before, a tractor trailer headed south on I-15 to the I-84 ramp crashed. It was hauling 63,000 pounds worth of cattle.

With the tractor trailer turned on its side, hanging over I-15, UHP says the cows were trampling each other and suffocated.

Crews shut down the road for eight hours as they worked to remove the cattle, one by one. Deceased cows were loaded into a dump truck brought in by UDOT. UDOT says the trucking company and cattle owner gave them orders on how to proceed.

“There was a large animal veterinarian and some cattle wranglers that were making decisions as far as the cattle were concerned,” said John Gleason with UDOT.

“I was pretty sickened to see a living, breathing, feeling animal really being treated like a piece of garbage," he said.

Beckham says the cows deserve to be treated humanely.

“After the accident happened, they could have brought on a large animal veterinarian on-site to do euthanasia for those animals who were beyond saving,” Beckham said.

UHP says euthanization wasn’t an option because of public safety concerns. Beckham blames the trucking company for not having a protocol in place.

“Stuffing 80 cows in the back of one truck and all that shifting weight is a recipe for disaster,” Beckham said. 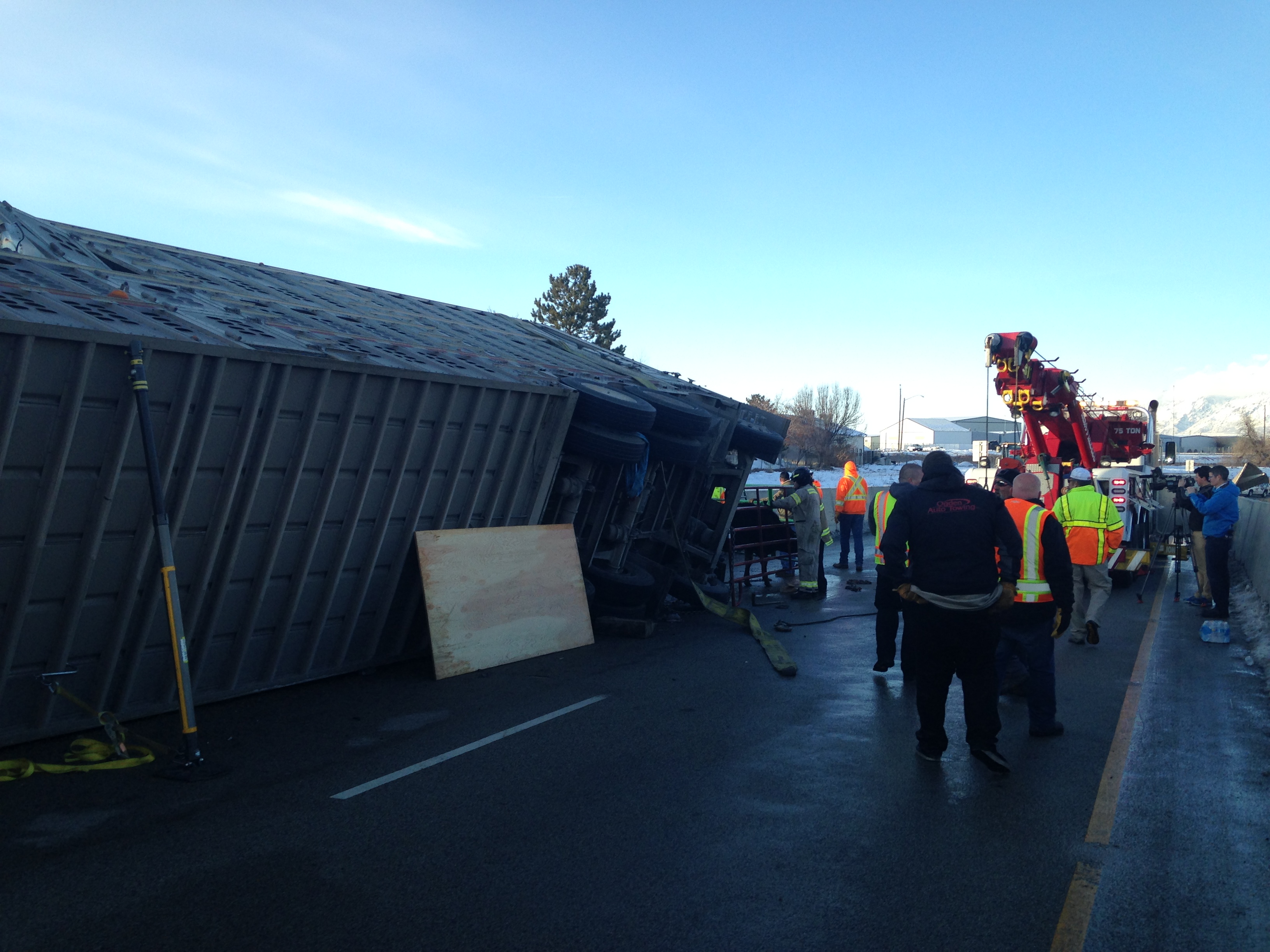