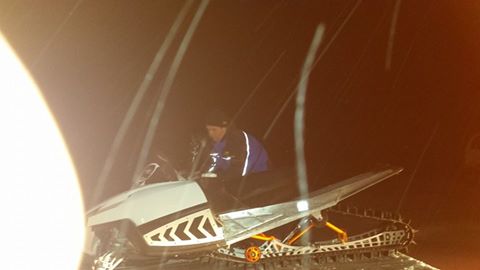 JUAB COUNTY, Utah — Three people were rescued after their vehicles got stuck in deep snow in Juab County Sunday night.

At about 11:45 p.m., The Juab County Search and Rescue team was called out to locate three people in two cars that had been become stuck in Sage Valley, about 63 miles south of Provo.

Search and rescue crews on snowmobiles located the motorists and were able to bring them out to Highway 132.

Drifts were reported at least as high as four feet with gusty winds.

The three people told crews they became stuck at around noon. Two tires had blown on one of the cars and a coolant hose had stopped working on the other vehicle.

“They attempted to stay warm by burning the blown-out tire off of their vehicle,” authorities stated.

Other than being cold, the people were tired and found in good condition.

Initially, two Juab County Sheriff’s deputies attempted to find the stranded motorists, but they also became in the deep snow, according Juab County authorities. The deputies were able to get out and back onto the highway.