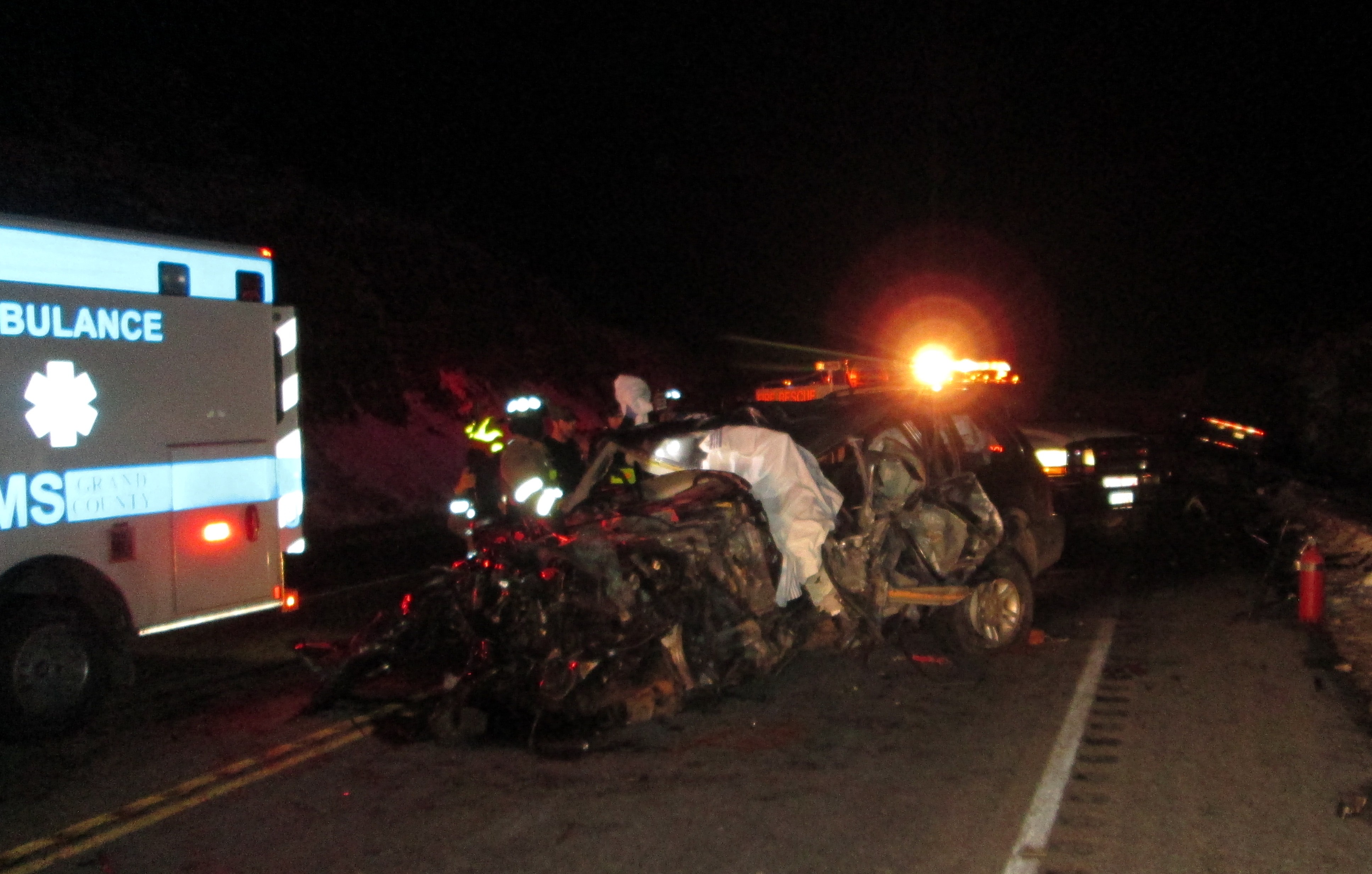 MOAB, Utah — One person is dead after a tractor-trailer and SUV collided 10 miles outside of Moab Tuesday night.

One person in the SUV was killed and another person was taken to the hospital.

Troopers said a 2006 Dodge Durango was following a semi truck in a double lane passing zone.

The southbound Durango went out around the slower traveling semi and drifted over too far going into the northbound lane, hitting the semi truck head on.

The driver of the Durango was killed on impact and the passenger was flown to Grand Junction with non-life-threatening injuries.

Those in the semi had minor injuries.