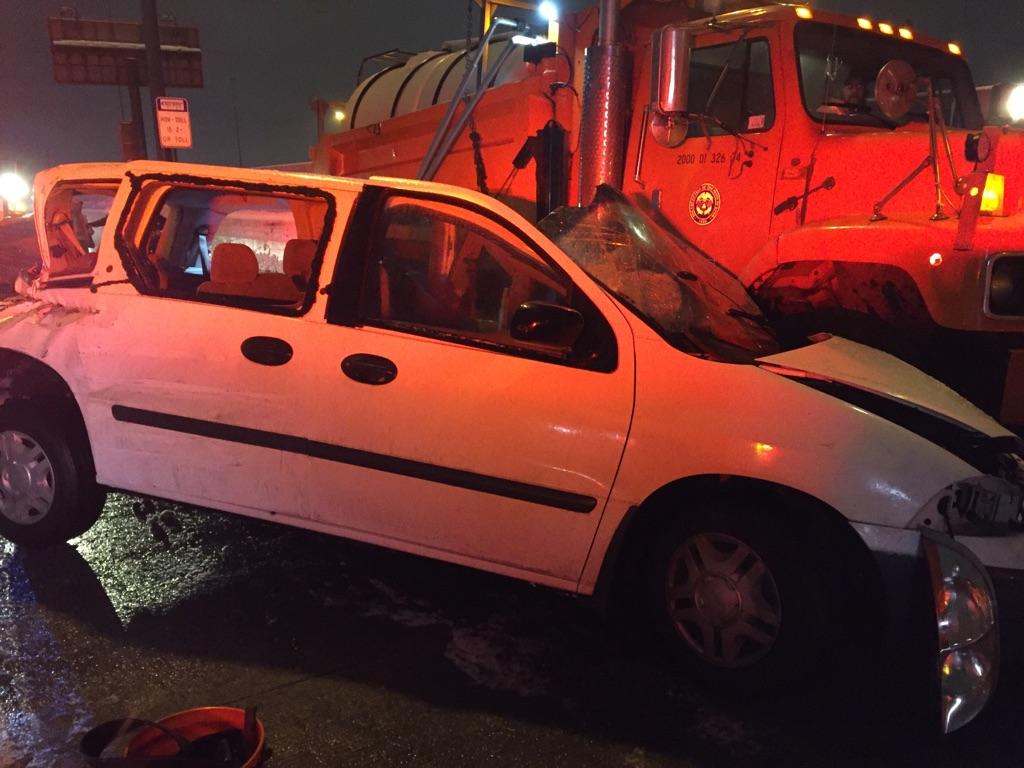 UHP said a trooper was blocking traffic on I-15 northbound near mile post 305 at about 5 a.m. for a previous accident where a semi jackknifed in the HOV lane.

Two UDOT snowplows were waiting to clear the snow in the lane closure when the van lost control and hit the blade of the first snowplow, slide into the UHP trooper’s car and then crashed into the second snowplow.