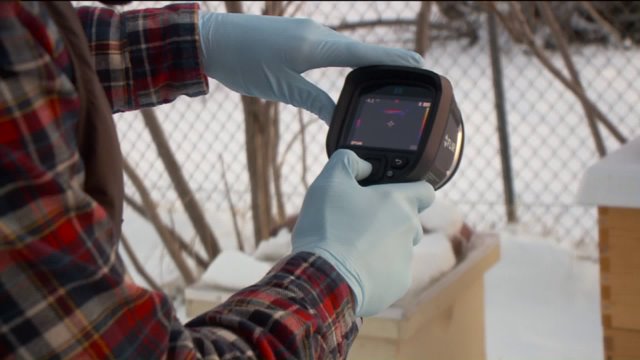 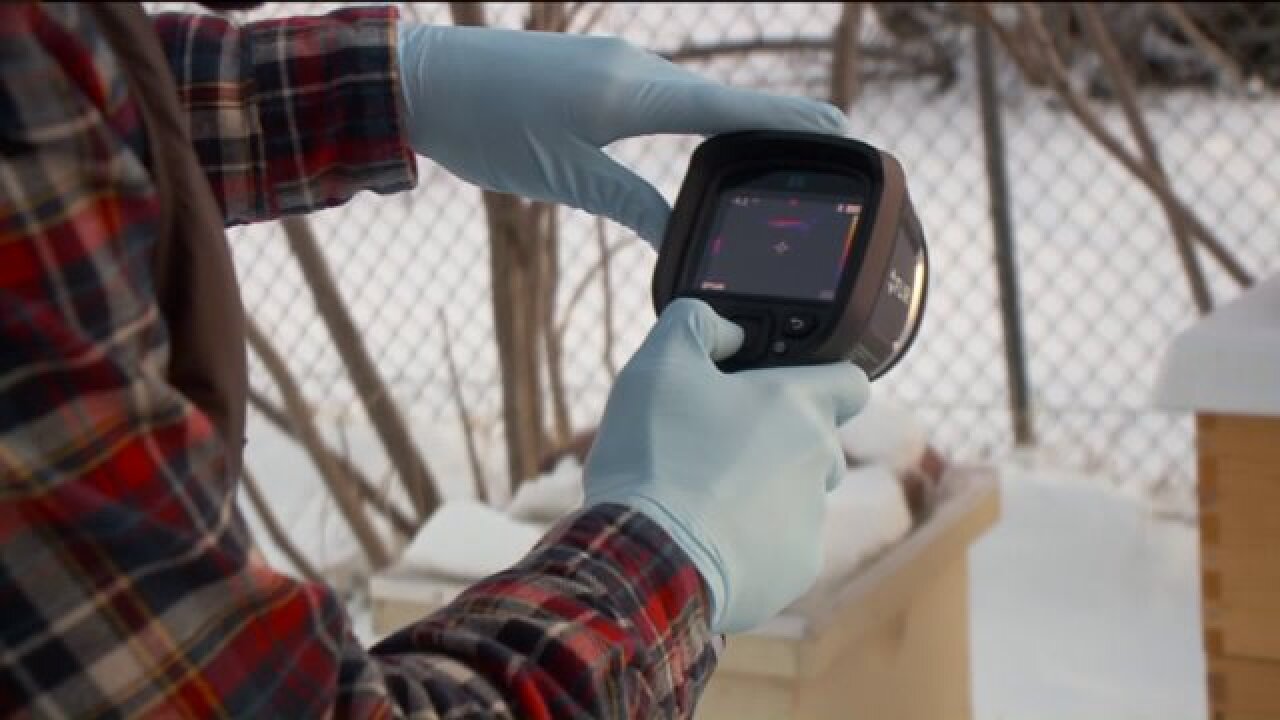 SALT LAKE CITY – Beekeepers usually have to wait until the weather warms up to inspect their hives, but now infrared camera technology is letting them inspect their populations during the winter.

The change helps improve the health of the hive, and it also benefits the agricultural industry.

“If you Google thermal images of beehives, you’ll find them, but nobody has used, at least to my knowledge, nobody's been using the thermal imaging to diagnose the health of a beehive in the winter,” said Douglas Harper, co vice president of the University of Utah’s Beekeeper Association.

The infrared camera winter beehive inspection program is among the first of its kind in the nation.

“We normally wouldn’t conduct a survey in the winter when the temperatures are below 55 degrees, because it would jeopardize the colony if we were to open up the hive,” said Kristopher Watson of the Utah Department of Agriculture and Food.

But with this infrared technology, inspectors can see inside the hive without actually opening it up.

The camera is pointed at the hive, and the user waits to see if heat signatures show up. When those contrasting lights are present, that means the cluster of bees in the hive is alive.

When no contrasting lights are seen in the infrared display, that indicates the bees have died, and inspectors will then open the hive to determine what happened.

“What we want to do with a bunch of dead bees is get a sample for lab testing,” Harper said.

Watson added: “Which then, is extremely important prior to the bees in spring when they go to fly because we’re able to address any problems, so that we do not have further spread of disease.”

Utah’s honey production is valued at about $2 million per year for beekeepers and consists of about 30,000 reported colonies—about 70 percent of which will survive the winter.

The bees' pollination activities help produce about 30 percent of Utah’s food supply and contribute to the overall $17 billion agricultural industry.

The University of Utah received a grant to pay for the infrared camera technology and is now partnering with the Utah Department of Agriculture and Food to carry out inspections throughout the rest of the winter.