Bizarre details emerging in motorhome standoff along I-215

SALT LAKE CITY -- Authorities have identified a man who barricaded himself in a motorhome on Interstate 215 in Salt Lake City, which caused brief closures of two lanes of traffic on Saturday afternoon.

Forty-year-old Demetrius Greene of Salt Lake City was taken into custody after he voluntarily turned himself over to officials.

Lt. Jeff Nigbur, Utah Highway Patrol, said things began around 2:30 p.m. when a driver called for a tow truck for a motorhome on southbound I-215 West near 1300 East.

“He saw…. three males with several young women, as it was described to us, and he eventually called our dispatch and said, ‘Hey, this looked a little suspicious, it didn’t seem right, something seemed funny,'" Nigbur said of the tow truck driver's account.

The motorhome could not be towed by that truck, so the driver left but later reported it to police. Troopers responded about 15-20 minutes later, and they made contact with a man in the RV, who refused to come out.

“The only thing he would do was prop open a window, or crack a window or crack the door," Nigbur said.

The man, later identified as Greene, told police he was OK and that he was the only person inside the motorhome, but a UHP supervisor thought he heard voices coming from the vehicle. He said he then asked Greene if he could come inside and talk.

“At that particular time he noticed that the driver had a knife in his hand as he was kind of propping the door open, which obviously concerned him, so he backed off and called for additional units," Nigbur said.

Police were concerned by that behavior and called for a SWAT team and more personnel. When SWAT arrived, Nigbur said the man saw the police presence and ultimately came out of the vehicle. Greene was taken into custody just after 5 p.m., and the roadway reopened around 5:30 p.m.

Nigbur said for right now, they aren't sure what happened to the other people in the motorhome.

Nigbur said after learning more about the man, they had some concerns.

“The driver has a very lengthy criminal history, one of our biggest concerns is that he is a registered sex offender," he said. "With the young females... and it just not seeming right, that obviously concerned us.”

Nigbur said they don't know the age of the females involved, but he said they want to talk to them to find out what is going on.

“We don’t know if they’re being held against their will, we don’t know anything at this point, so we just want to follow-up on that," he said.

The motorhome is not registered, and Nigbur said it will likely be impounded.

Greene was booked into Salt Lake County Jail on multiple charges, according to UHP officials. The State Bureau of Investigation is conducting an investigation into the incident. 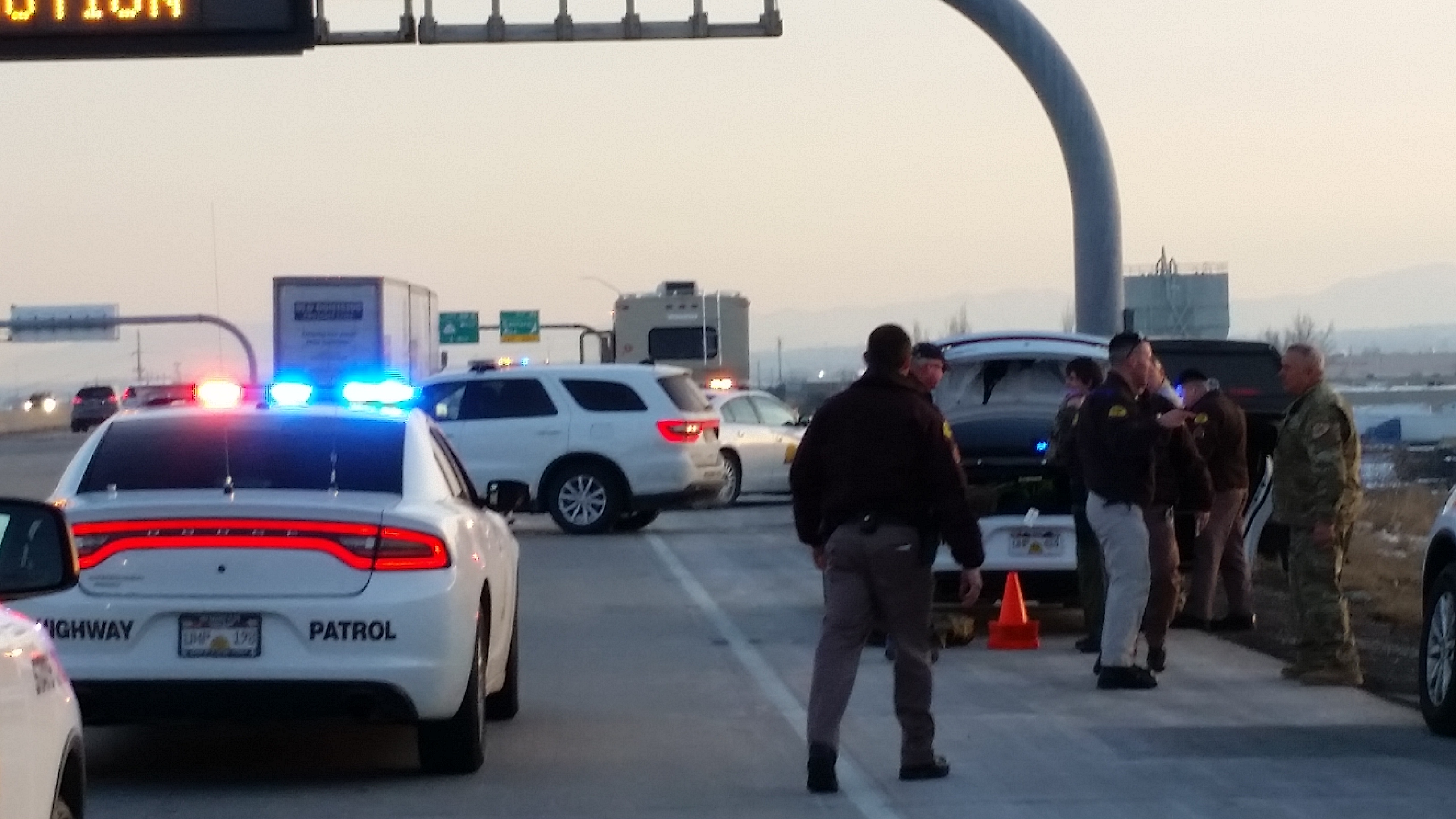