Just before 5 p.m. on Monday, a 13-year-old girl ventured out onto the ice. She fell through, starting a series of efforts to help, that ended with more people in trouble.

The two 11-year-olds were able to get themselves out. Meanwhile, the woman and the teenage girl were struggling to make it to an island.

"We seen these two girls over by this little island but the one girls was in the water up to about her neck,” said Sharon Chalmers, a witness who called 911. 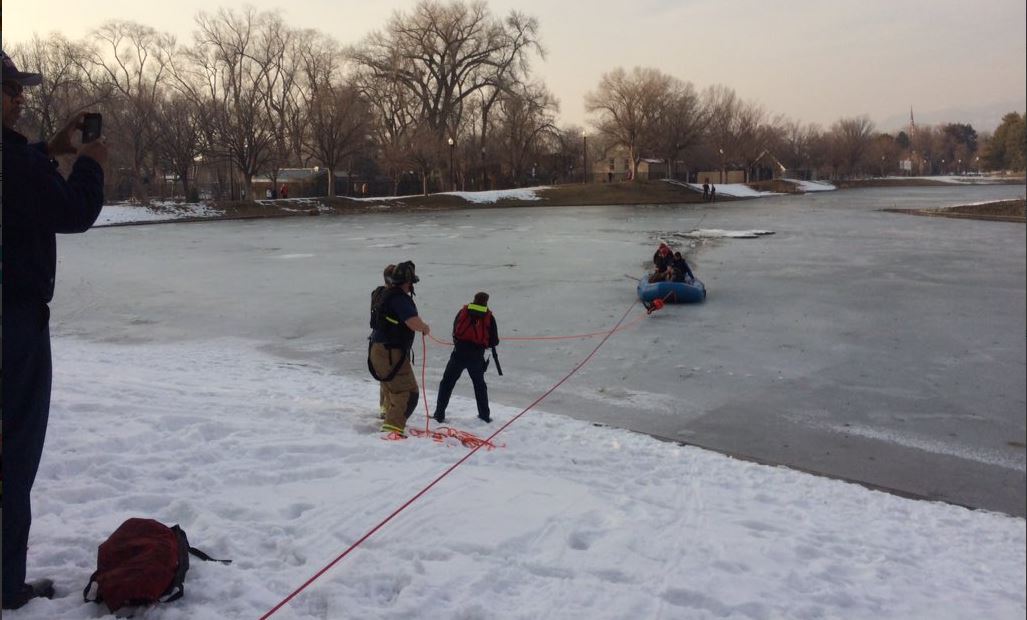 Chalmers said even when the pair reached the island, they were still in danger.

"The girl got out she was laying flat but she slipped back in the water again," she said.

Minutes later rescue crews arrived, taking the two 11-year-old boys into an ambulance to warm up and setting up a rescue plan to reach the island.

"Our water rescue team arrived and with the help additional crews they got their boat into the water, across the ice and got the two people off the island and brought them safely back to shore," Asay said.

After being warmed up and checked out by paramedics, all four people were released. None had to be taken to the hospital.