A custom LaVoy Finicum Lego figurine is currently for sale on eBay and according to a Facebook post from his relative, the proceeds will benefit the family he left behind.

According to the listing on eBay, for just $142.50, the Finicum figurine with “Hands up don’t shoot” pose can be yours.

You have six days left to bid.

Finicum is the rancher who was killed in Oregon during a standoff at a federal wildlife refuge and considered one of the leaders of the protest.

Oregon State Police were trying to arrest him when he was shot and killed. 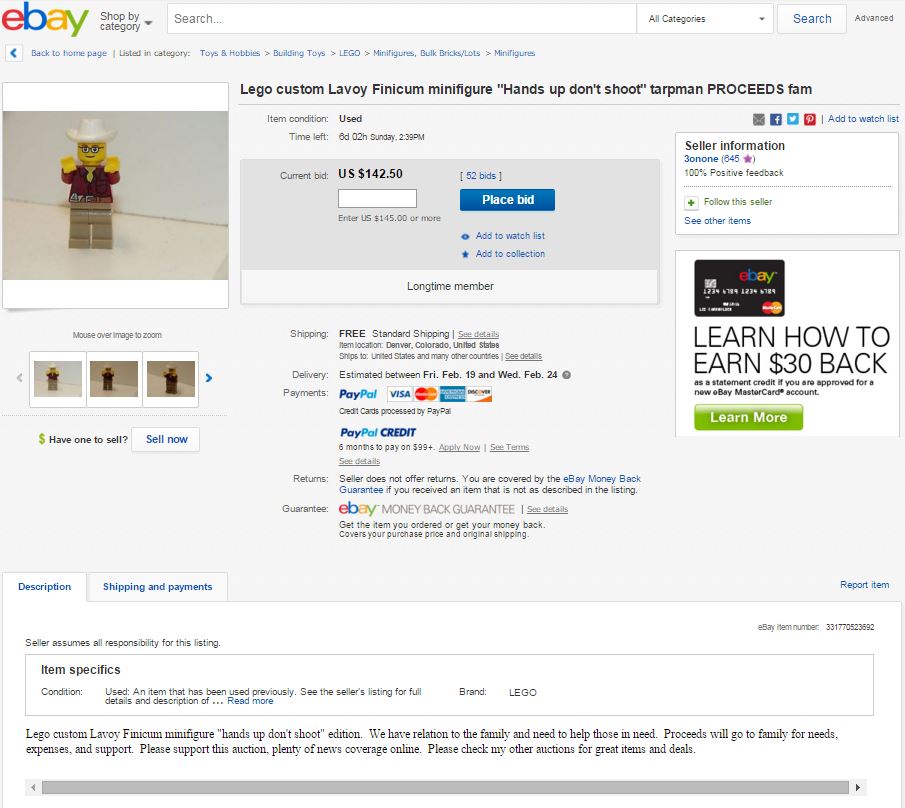