Sources tell FOX 13 the investigation is targeting the group's vast business interests. Agents with the Internal Revenue Service served warrants on businesses across the Wasatch Front, as well as a home, seizing records.

"We basically have a couple of enforcement operations ongoing at the moment," said Nakia McCloud, an IRS Special Agent told reporters. "Due to this being a sealed warrant, there's no additional information I can provide."

Agents were observed walking out of a building near 2900 South and Main Street in South Salt Lake, carrying dozens of boxes. The building houses many business interests for the Kingston group.

The IRS would not say how many businesses were raided in the warrant, or who specifically is the target. Asked by FOX 13 if a federal grand jury was investigating the Kingstons, McCloud replied that it was "highly probable."

Members of the group own dozens of businesses in Utah ranging from energy to waste disposal companies. F. Mark Hansen, an attorney representing the group, was standing outside the business as agents walked in and out. A pair of agents carrying guns stood outside the door.

Hanson said his clients were cooperative, but he would not say more about the nature of the investigation, citing attorney-client privilege. He confirmed accounting records and information off of computers were seized in the raid.

Nearby, members of the Davis County Cooperative filmed the police action from the street next to news cameras. So did a reality TV show, which is following ex-members of the group around.

The Kingston group has faced law enforcement scrutiny in the past related to polygamous marriages. David Ortell Kingston and his brother, John Daniel Kingston, were convicted in the 1990s of charges related to the beating of a 16-year-old girl who said she was forced into marriage. Jeremy Kingston was also convicted in 2003 of incest related to his marriage to a cousin.

The Davis County Cooperative Society, which practices polygamy, is estimated to have more than 1,000 followers and is based in the Salt Lake Valley. The group has said in the past it encourages its members to wait until they are legally of age to enter into any plural marriages.

IRS agent just spoke to us. She confirmed to me a “probability” of a grand jury investigation. #polygamy #Utah pic.twitter.com/GilSuyEkVp

Of course, a reality show is here filming, too. #Polygamy is big on cable TV, apparently. #Utah pic.twitter.com/V8ripCIWzA

At the scene of one of the raids on a Kingston business. IRS involved. @fox13now #Utah #polygamy pic.twitter.com/OPfPb7Y8x8 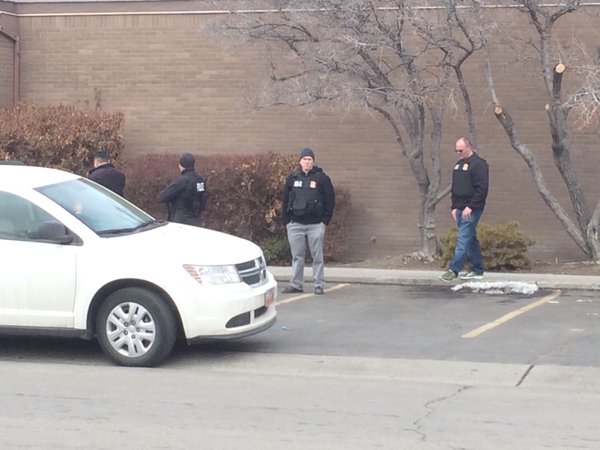