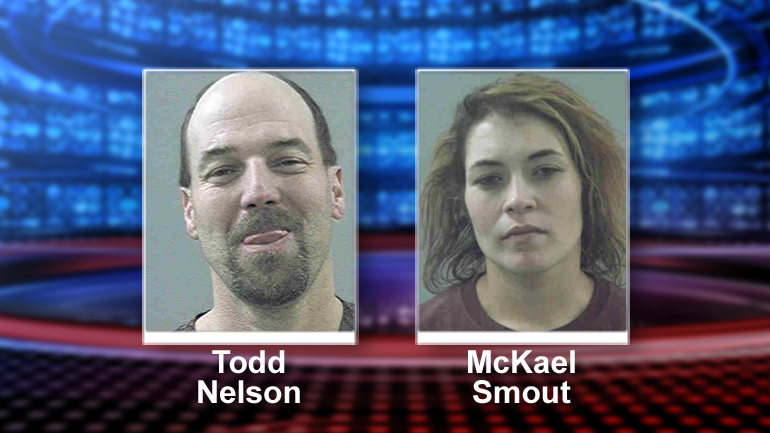 OGDEN, Utah — A pair fleeing from police in Ogden were involved in a three-vehicle accident Wednesday, and both suspects will be booked into jail after getting treatment at a hospital.

According to a press release from the Ogden Police Department, things began around 7 p.m. when police stopped Todd Nelson and his passenger McKael Smout in the 500 West block of 24th Street.

Nelson is an adult probation and parole fugitive and Smout had a no-bail warrant out for her arrest. As police approached the vehicle, Nelson fled at a high rate of speed.

Officers got back in their vehicle and followed, and they came upon a three-car accident at 24th Street and I-15. When police arrived, they saw Smout running from the crash scene. Some witnesses directed officers to Nelson, who had tried to hide.

Nelson and Stout complained of injury and were being treated at a local hospital while in police custody. Ogden police stated Nelson will be booked into the Weber County Jail for evading arrest, leaving the scene of an accident and for DUI-methamphetamine as well as for his prior fugitive status.

Smout will be booked for the outstanding warrant and for possession of methamphetamine.