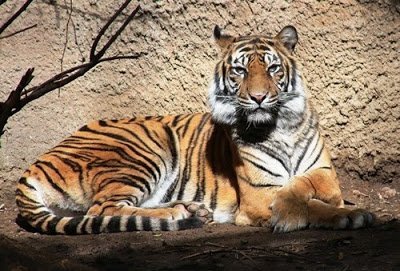 (CNN) — Even for tigers, mating is no easy game.

A female tiger from California’s Sacramento Zoo died Wednesday after a male tiger attacked her in a mating attempt gone horribly wrong. Mohan was sent to Sacramento in December from the Memphis Zoo to mate with the female tiger, Baha.

“The Zoo’s male tiger, Mohan, became aggressive with Baha during a physical introduction,” the zoo said in a statement.

It marked the first physical meeting of the Sumatran tigers. The zoo had been monitoring the animals’ behavior daily since December. Baha and Mohan engaged in eye contact but maybe not for all the right reasons.

Zoo officials felt they were ready to meet, but Mohan became aggressive soon after entering Baha’s enclosure. The zoo quickly tried to separate the two tigers.

“As soon as staff (was) able to get the male tiger into a secure location veterinarians rushed to care for Baha, but unfortunately she had already passed,” the zoo said.

The Sacramento Zoo said it has successfully housed and introduced tigers since the 1960s. Baha had been at the zoo since 2002.

Baha is survived by five offspring from earlier breeding introductions. Mohan has also been involved in successful breedings.