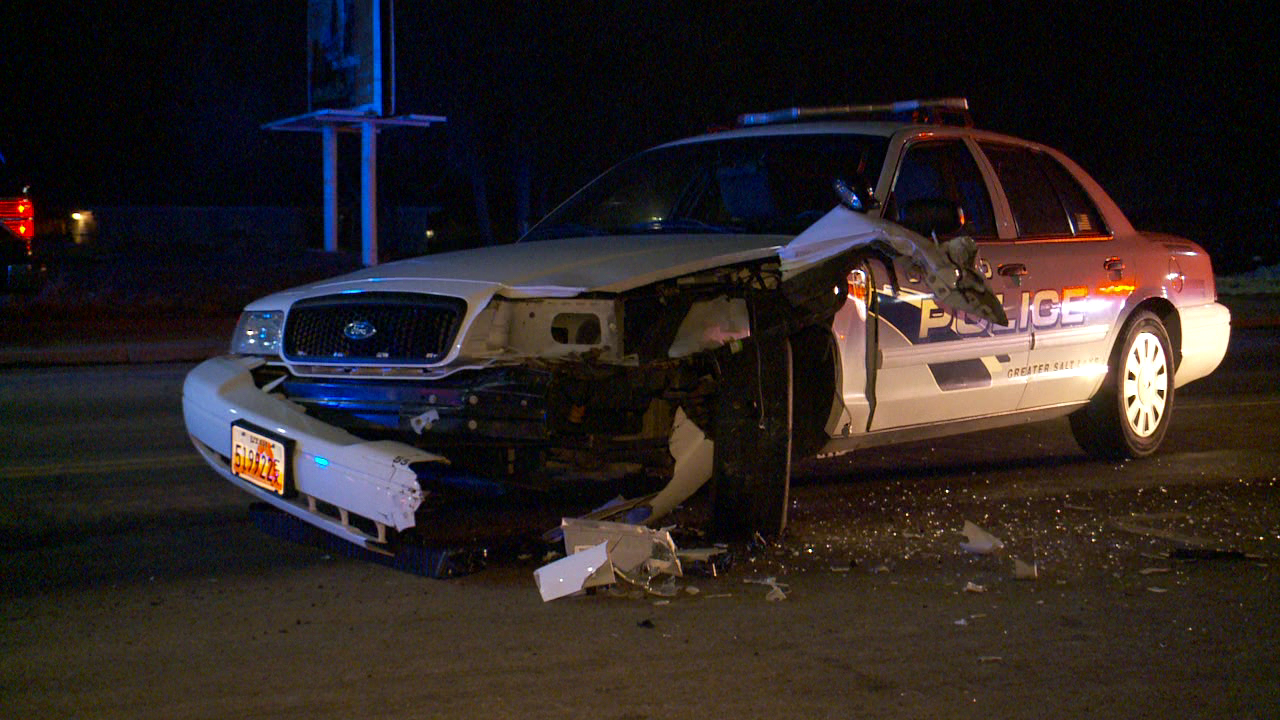 MAGNA, Utah — Police are searching for an Adult Probation and Parole fugitive with a violent criminal history who fled from police at high speeds Saturday, and the man allegedly rammed a police vehicle during his escape.

The man was a passenger at first, but got into the driver’s seat when he realized police were on his tail. FOX 13 News first heard reports of the chase shortly after 6 p.m.

“He realized the officers were following him,” Taylor said. “The vehicle pulled over, we tried to initiate a traffic stop on it at about 201 and about 7400 West. He had the two female passengers in his vehicle get out, he got into the driver’s seat and took off.”

Taylor said they were able to spike the vehicle’s tires, but the suspect attempted to run over the officer who was throwing the spikes. The chase continued afterward.

“The pursuit came through Magna, he rammed a deputy here in Magna as he was coming through,” Taylor said.

Police terminated the chase after it reached dangerous speeds. The officer who was in the car that was hit suffered minor injuries while the officer who threw the spikes is reportedly OK.

McMillan is a fugitive from Adult Probation and Parole and has a criminal history.

“He’s well known to us, and he’s a very dangerous individual, so that’s why we’re putting effort into rounding him up,” Taylor said. “…We’ve known him for years. He’s always been a danger. That’s why we’re really interested in taking him into custody tonight.”

Taylor added McMillan is known to be violent and to carry a weapon. Anyone who sees the man or who has knowledge of his whereabouts is asked to call West Valley City PD at 801-840-4000.

Police said the vehicle the man fled in may belong to one of the two females who got out of the car. It is unclear if the women will face charges.

“We detained both of them to see what their involvement was,” Taylor said. “Our detectives are talking to them at this point.”

McMillan was arrested as recently as last fall, when he was taken into custody as the prime suspect in a heist at a fur gallery in Park City. In October, police warned the public of McMillan, saying at that time he was a wanted fugitive considered armed and dangerous.

According to the Utah Department of Corrections, McMillan has been on parole since July 6, 2015 for a charge relating to stolen property. His criminal history extends back to 1999. UDC stated that when McMillan was arrested in Summit County recently, AP&P recommended he be held in jail, but a judge set bail and gave the man a pre-trial release and ordered electronic monitoring.

A fugitive warrant for the man was obtained February 10 after McMillan allegedly cut off his ankle monitor.  Police have been working to catch him since that time.