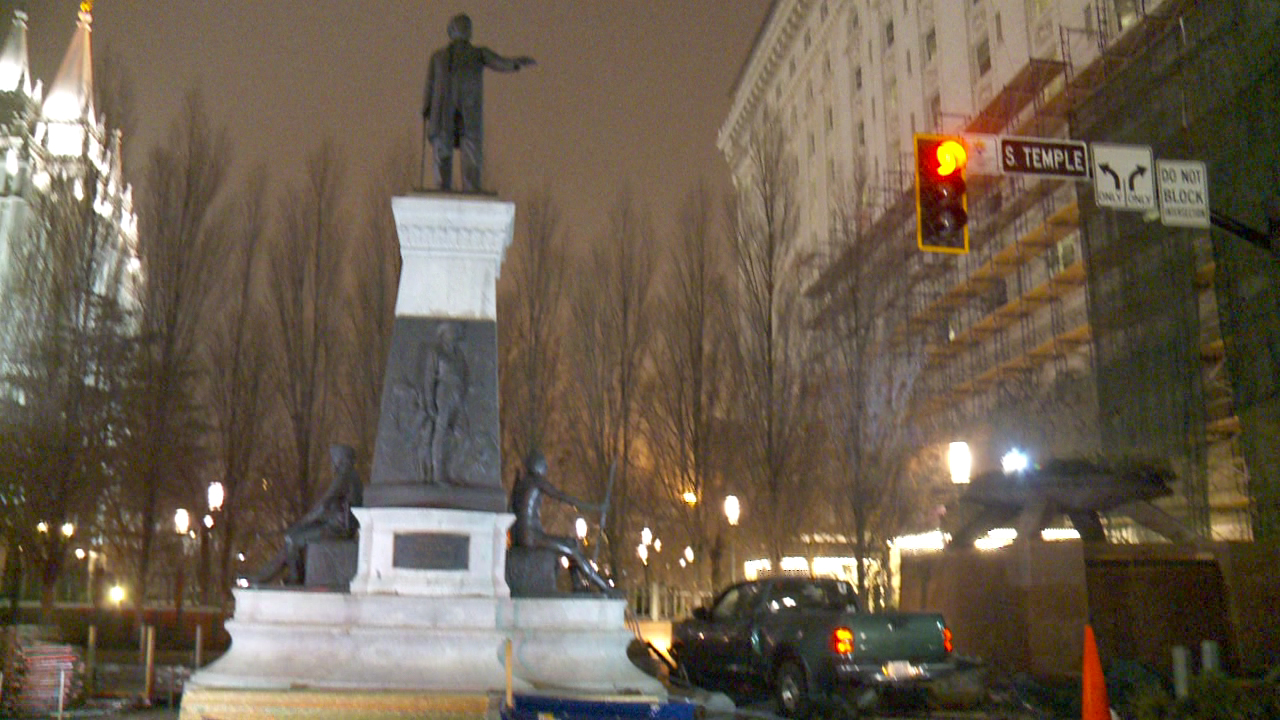 SALT LAKE CITY – A truck destroyed a marble garden barrier and almost hit a large statue of Brigham Young at Temple Square, and police are investigating to determine if the crash was a case of DUI.

Police said the driver of a Ford F-150 lost control near the southwest entrance of Temple Square early Saturday morning, sometime before 6 a.m.

So far there is no official estimate regarding the damages. The driver, who has not yet been identified, appeared to be in police custody following the crash. Authorities are investigating the case as a potential DUI.