PARLEY'S CANYON, Utah - A 23-year-old Salt Lake City woman is recovering with minor injuries after hitting a moose on I-80 overnight.

Officers said Maria Ortega was driving a red Mazda 3 was going west on I-80 at about 11:30 p.m. when she hit a large moose that was standing in the left lane.

Troopers said she had no chance to avoid hitting the large animal.

The Utah Highway Patrol said the moose hit the windshield and then went over the top of the car, taking the roof with it.

"The problem up here is that there is no extra light," UHP Sgt. Mary Kay Lucas said. "There's no moon out, there's no artificial lighting, so when moose are standing in the road, they blend in with the environment and you can't see them until it's too late."

The woman has only minor cuts after the accident.

The moose did not survive. 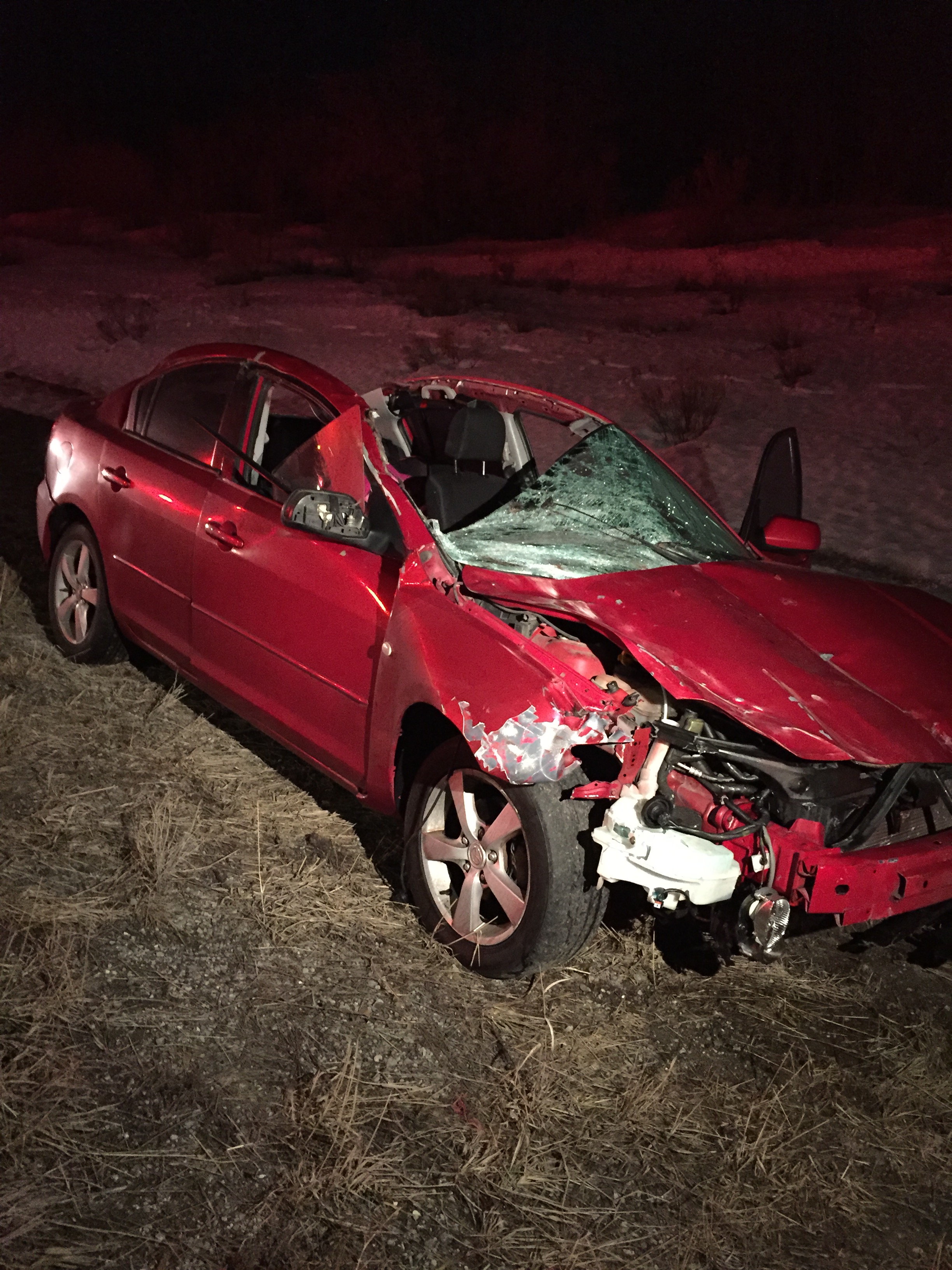