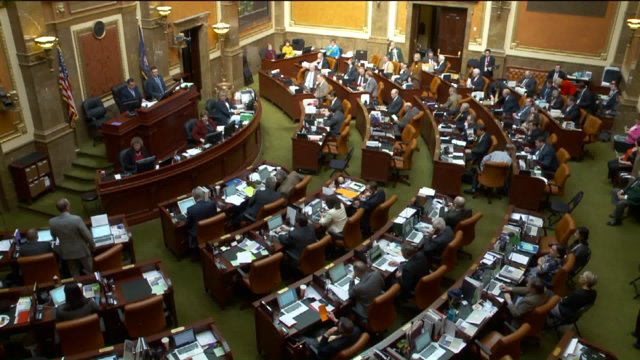 SALT LAKE CITY -- A new bill was introduced at the State Capitol Thursday, and some say that, if passed, the bill could infringe on the rights of same-sex couples.

The bill, HB 393, is sponsored by Representative LaVar Christensen, R-District 32.

"The bill seems to claim that even though same-sex couples can now marry in Utah and in all 50 states, that they might not be able to adopt children in the state of Utah," said U of U law professor Clifford Roskey.

Lisa and Trudy Hardin-Reynolds have two adopted daughters. They said this new bill makes them feel like second-class citizens.

"Yeah, we shouldn't keep having this same conversation," Lisa Hardin Reynolds said. "We are entitled to those same rights, the Supreme Court has ruled on families everywhere."

According to Rosky, HR 393 declares that even though same-sex marriage is legal nationwide, the state of Utah still has the ability to hold onto every last bit of authority when it comes to family law.

"I don't think this bill does much," Roskey said. "I think it's Rep. Christensen trying to send a message to the Supreme Court that he doesn't like what they decided this summer on same-sex marriage."

FOX 13 News reached out to Christensen several times Thursday for comment on this story but has yet to receive a response.