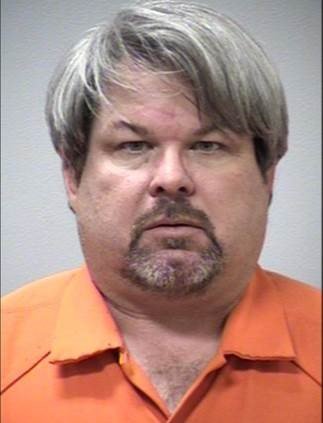 By Kevin Conlon and Nick Valencia

KALAMAZOO, Michigan (CNN) — The man accused of killing six people and injuring two more in a Saturday evening shooting rampage in Kalamazoo, Michigan, was an Uber driver who picked up and dropped off passengers between shootings, a source with knowledge of the investigation told CNN.

The source, who is not authorized to speak to media, said investigators believe Jason Brian Dalton was even looking for fares after the final shooting of a nearly seven-hour killing rampage.

CNN affiliate WWMT spoke to a man who says he was a passenger of Dalton’s just before the shootings started.

“We got about a mile from my house, and he got a telephone call. After that call, he started driving erratically, running stop signs,” Matt Mellen told the affiliate. “We were kind of driving through medians, driving through the lawn speeding along and then finally, once he came to a stop, I jumped out of the car and ran away.”

Mellen said he called the police: “He was surprisingly calm, I was freaking out.”

The ride-sharing company confirmed to CNN that Dalton, 45, was an Uber driver and said he had passed a background check.

“We are horrified and heartbroken at the senseless violence in Kalamazoo,” Uber’s chief security officer Joe Sullivan said to CNN in a statement. “We have reached out to the police to help with their investigation in any way that we can.”

Michigan State Police said the first shooting was reported at 5:42 p.m., after a woman was shot multiple times in an apartment complex parking lot. Kalamazoo County Prosecutor Jeffrey Getting said the woman — who was with her three children — is in serious condition but expected to survive.

Then, more than four hours later, a father and son were shot and killed at a car dealership. Public Safety Chief Jeff Hadley said the pair were there looking at a vehicle. Authorities identified the victims as Tyler Smith, 17, and Richard Smith, 53.

A fifth victim, a 14-year-old girl riding in the Chevrolet’s front passenger seat, was initially thought to have been killed as well, but is now listed in critical condition, according to the state police. “Call it a miracle,” said Getting. “But she’s alive now.”

He said all five were together in a group.

After another two hours or so, at approximately 12:40 a.m., police took Dalton, 45, into custody, ending a nearly seven-hour nightmare.

Police seized a semiautomatic handgun from Dalton, whom Getting described as “even-tempered” at the time of his arrest.

“There is just no question more people would have died if (police) didn’t find him when they did,” Getting said.

The prosecutor later told CNN: “These were very deliberate killings. This wasn’t hurried in any way, shape or form.”

“They’re on video. We’ve watched the video with law enforcement. They were intentional, deliberate and — I don’t want to say casually done — coldly done is what I want to say,” said Getting.

The cruel randomness of the rampage seemed to rattle officials in the western Michigan city.

“This is your worst nightmare,” Kalamazoo County Undersheriff Paul Matyas told CNN affiliate WOOD-TV. “When you have somebody just driving around randomly killing people.”

“We just can’t figure out the motive,” said Hadley, the public safety chief. “There’s nothing that gives us any indication as to why he would do this or what would have triggered this. The victims did not know him; he did not know the victims.”

Dalton, who has been interviewed by investigators, had no prior criminal record, Hadley said, and was not known to authorities.

“For all intents and purposes, he was your average Joe. This was random,” said Hadley.

Getting appeared to struggle at times for the right words, if there were any, at Sunday’s news conference.

“There is this sense of loss, anger (and) fear,” he said. “On top of that, how do you tell the families of these victims that they were not targeted for any other reason than they were a target?”

Getting said he was confident that Dalton acted alone and that there is no connection to terrorism. Formal charges will be brought Monday, he said, when Dalton is expected to be arraigned.

“I would expect six counts of murder, two counts of assault with intent to commit murder, six counts of felony firearm, and then we’ll see from there.”

For the past 10 years, Sally and Gary Pardo have lived across the street from Dalton’s single-family home on Douglas Street in Kalamazoo.

Sally Pardo told CNN that Dalton is married with two children and that they seemed to be a “typical American family.”

“This seems so out of sorts for him,” said husband Gary Pardo, who described Dalton as “quiet” and “nice.”

He did tell CNN, however, “I know he liked guns.”

Getting, the prosecutor, said he didn’t know whether Dalton had a license for the handgun that was seized at the time of his arrest.

Hadley, the public safety chief, said authorities have seized other weapons from Dalton’s residence as well. It was not immediately known whether those weapons were used in the commission of crimes.