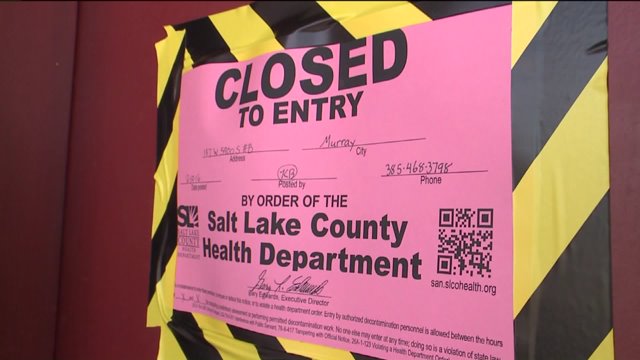 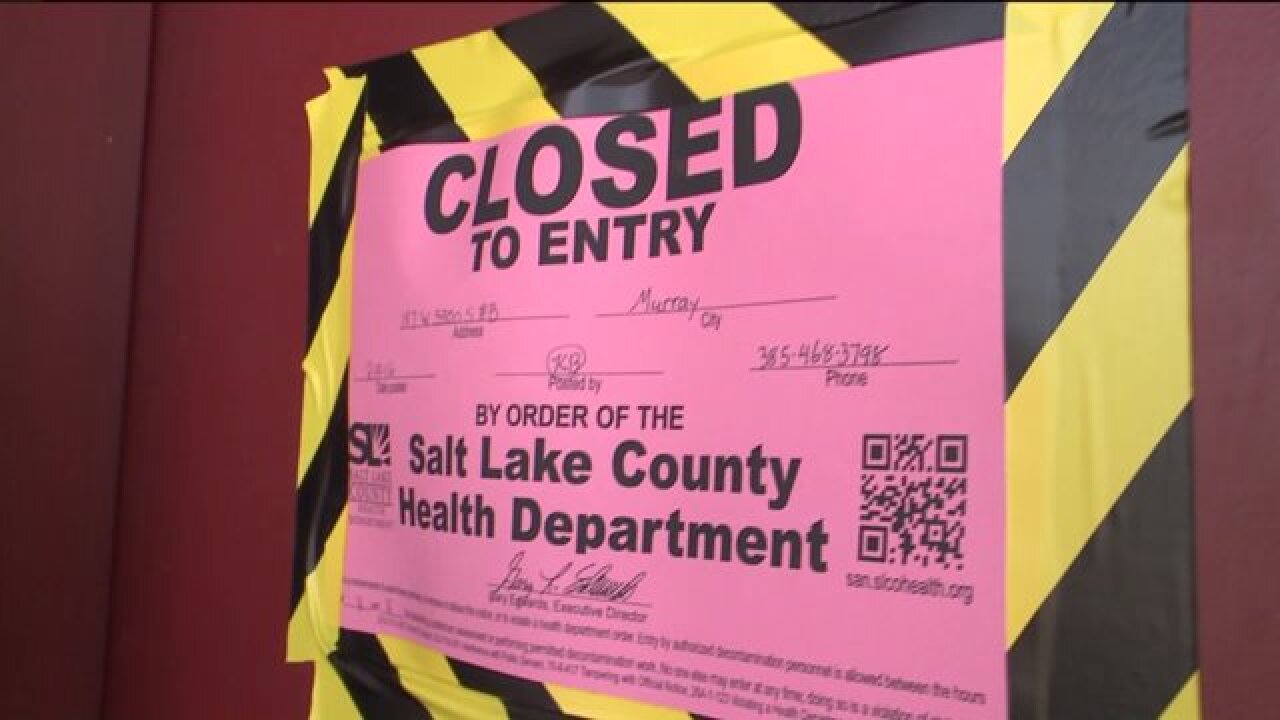 MURRAY, Utah -- A Murray mom says she’s furious with a property owner who rented her an apartment last month, as this week health officials told them they had to vacate due to unsafe levels of methamphetamine.

Jennifer Ellis had just moved out of their three bedroom home, and she said money was tight when it appeared they caught a break: an apartment that, while not pretty, seemed like a good temporary fit.

Now that apartment, located in the area of 5900 South and 185 West, is locked up and a sign from the Salt Lake County Health Department indicates it is closed to entry after meth readings were found to be above save levels. Random swabs in various locations in the 5-unit complex found levels of methamphetamine ranging from 1.8 to 132 times the acceptable safe level.

“I’m very mad, they said that the  levels were so high that people should be sick,” Ellis said.

From a nearby Motel 6, Ellis said her husband and two daughters were caught off guard after moving in just weeks ago and then suddenly being given only 24 hours to move out.

Ellis said they didn’t even have time to collect all of their belongings, and she claims their landlord refuses to return their $800 deposit or even a portion of the $700 a month rent.

“This place, eight months ago, got busted, for crack,” tenant Darleen Lydel said.

Out of the five apartments in the complex, only one passed the test for acceptable levels, meaning residents in four units are displaced and will have to find somewhere else to go.

SWAT personnel raided the complex last July in a drug bust, and that unit may have contaminated the others through air ducts. Lydel said Ellis couldn’t have known about the problems.

Health Department personnel said after such raids, the landlord is generally told to get the units tested for contamination. Residents claim the landlord neglected to get that test performed until now, and only did so at this time because he is trying to sell the property.

Lydel claims the complex is bad news and says the owner may be the worst part. She claims they've tried calling him but can’t get a hold of him.

FOX 13 News also tried reaching out to that owner, and has not received a response.

Lydel said they think the owner should at least refund the deposit, and a portion of their rent, but that's not what he allegedly told Ellis on Friday.

Pam Davenport with the Salt Lake Valley Health Department confirmed that residents had been displaced due to contamination from a meth lab operating in the complex previously.

Davenport said their office gave residents a list of social service agencies to contact for help finding a place to stay. Ellis claims the one phone number they were given hasn't proved helpful, as so far their call has not been returned.