The vice president arrived Thursday night, prompting the closure of 200 S. between West Temple and Main St. for security reasons.

Photos from near the Hotel Monaco showed what appeared to be Biden's motorcade and security detail, while a posted notice stated 200 S. would be closed to all traffic through Friday.

Biden is touring the Huntsman Cancer Institute at 10 a.m. Friday.

He will then participate in a round table discussion, as part of President Obama’s request he lead the charge in finding a cure for cancer. 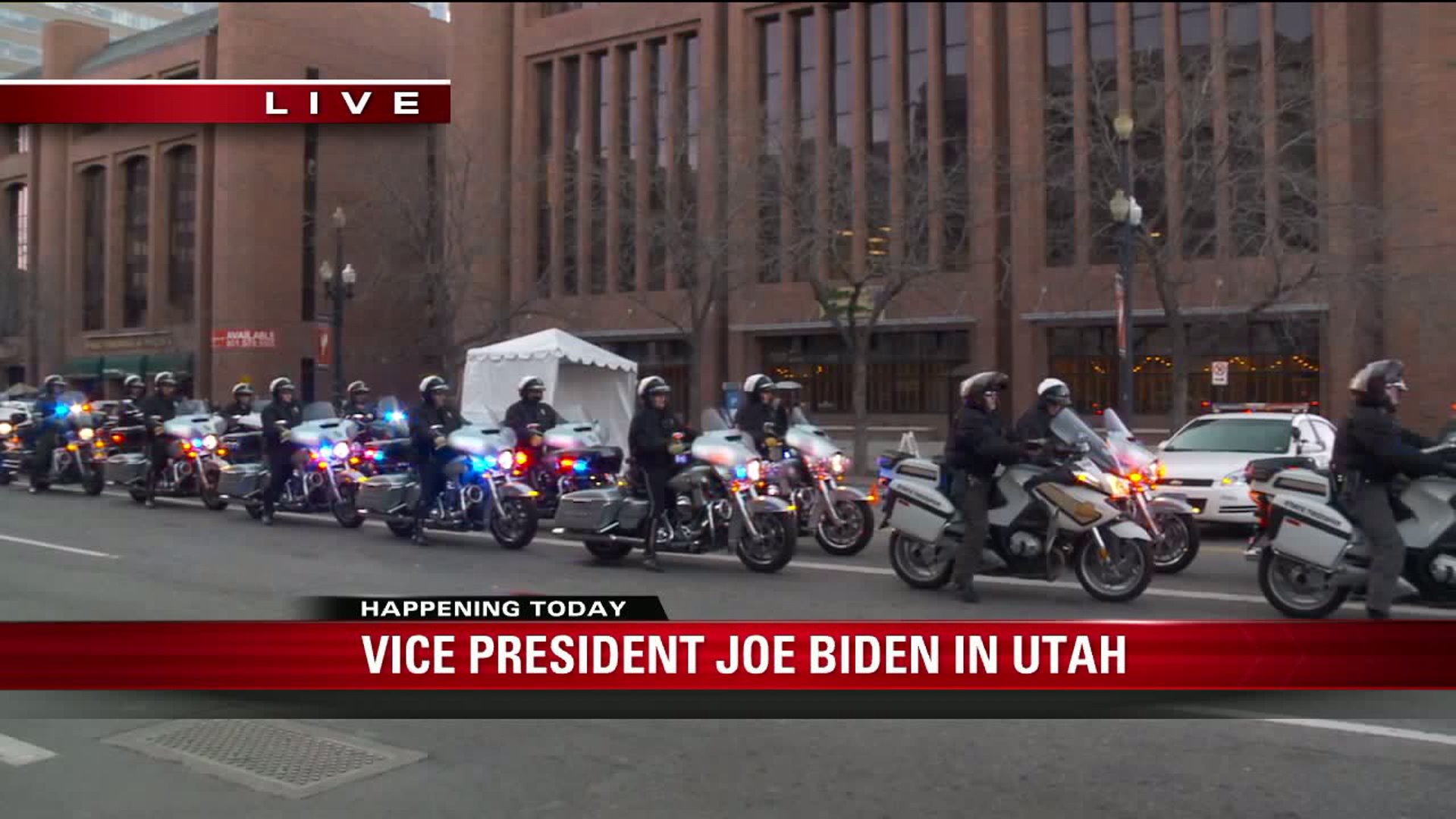