Virginia police officer killed on her first day on the job; man charged 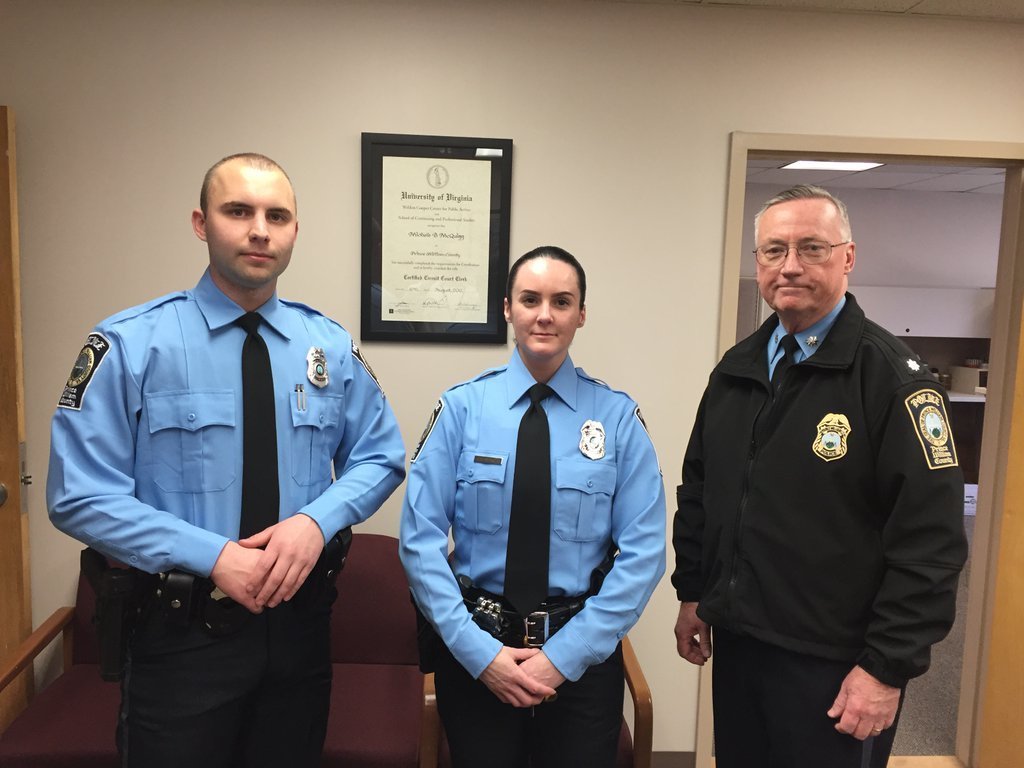 (CNN) — A police department in a Washington suburb is mourning an officer who was killed during her first day on the job.

Ashley Guindon, 28, of the Prince William County Police Department was fatally shot Saturday in Woodbridge, Virginia, while answering a domestic call in which two other officers were wounded and the suspect’s wife was killed, county police Chief Steve Hudson said at a news conference on Sunday. Guindon had taken the oath of office on Friday.

“The Prince William County Police Department is in deep mourning,” Hudson said. “This is a sad day for everybody in this room, a sad day for law enforcement.”

Ronald Williams Hamilton, 32, is accused of shooting the three police officers as they approached the front door of his house about 5:30 p.m. Saturday, Hudson said. He surrendered to backup officers who arrived after the three officers were shot, Hudson said.

“The investigation revealed that the accused and his wife were involved in a verbal altercation which escalated physically,” he said. “The wife was able to contact police; however, before officers could arrive, she was allegedly shot and killed by the accused.”

The couple’s 11-year-old son fled the residence before the shooting, the chief said. Family and friends are caring for the boy, he said.

Two guns, a .45-caliber pistol and a rifle, were found in the house, Hudson said.

Hamilton is an active duty Army staff sergeant assigned to the Joint Staff Support Center at the Pentagon, said Cindy Your of the Defense Information Systems Agency at Fort Meade, Maryland.

He is being held without bond and is scheduled to be arraigned Monday.

Commonwealth Attorney Paul Ebert said he “likely” to seek the death penalty but hasn’t made a decision yet.

Wounded were Officer Jesse Hempen, 31, who had been with the department for more than eight years, and Officer David McKeown, 33, a 10-year veteran. They were taken to Inova Fairfax Hospital and “We’re led to believe their recovery will be full,” Hudson said.

A day before the shooting, the department tweeted a photo of Guindon after her swearing-in.

Hudson said Guindon interned with the Prince William County Police Department while she attended graduate school. She officially joined the police force in 2015 and finished training in June, but she took some time off for “personal reasons.”

She decided to come back and was sworn in to the department on Friday.

“We were struck by her passion to do this job,” the chief said. “She couldn’t get it out of her blood. She clearly had a passion to serve others that went beyond herself.”

Before Saturday, the department has had three officers killed in the line of duty since 1970, it said on its website.