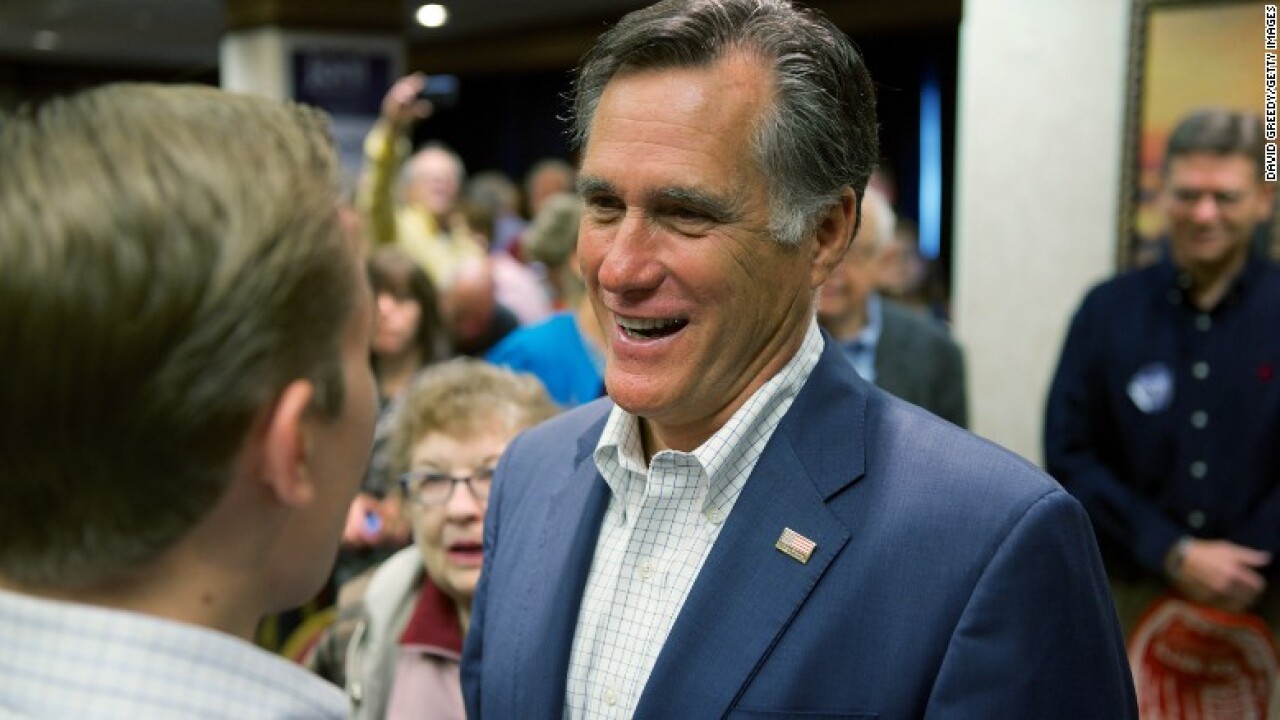 SALT LAKE CITY - Former Governor of Massachusetts Mitt Romney will be speaking on the state of the 2016 presidential race at the Hinckley Institute of Politics at the University of Utah Thursday.

Romney will speak at the forum starting at 9:30 a.m. MT at the Libby Gardner Music Hall, and the doors will open at 8:30 a.m. There are 600 available seats that will be filled on a first come, first serve basis.

Jason Perry, Director of the Hinckley Institute of Politics, said the speech is part of a regular series of forums, but Romney reached out to them about the opportunity to appear in this case.

"He thought this was the perfect venue for him to talk, and an audience that he wanted to address particularly," Perry said.

Perry also spoke about Romney's timing, as the appearance comes in the wake of several high-profile exchanges between Romney and Republican frontrunner Donald Trump.

"If you want to influence that race, this is the time to do it," Perry said.

Some in Utah would like to see Romney announce his intention to enter the race. Utah Republican Party Chairman James Evans said he's a fan of Mitt.

"Well, I've been on the record, repeatedly, that I'm a Mitt Romney supporter," he said.

However, Evans declined to speculate Wednesday on the possibility Romney might run, saying: "I say ask him that tomorrow."

It is unclear whether or not Romney will be taking questions during his appearance.

The GOP presidential candidates are scheduled to be in Utah for a debate March 21, a day before Utah's Republican caucuses.

So far, the location for that debate has not been announced.

Click here to request a ticket for the GOP debate in Utah.