WEST VALLEY CITY, Utah -- A body has been discovered inside a West Valley City home that caught fire Wednesday afternoon.

The fire started around 1:15 p.m. near 3300 West and 400 South. Fire crews responded after receiving a residential alarm and multiple calls from neighbors.

One of those neighbors was Don Darling, who lives next door. He said a man driving on the street first noticed the smoke.

"A gentleman pulls up and he says, 'Is the neighbor's house on fire next door?' I walked out, took a look and there was smoke coming out," Darling explained.

Darling immediately called 911, and said he feared his elderly neighbor, who owns the home, was trapped inside.

Darling told dispatch: We have a home on fire, we have a person inside, we can't get inside, you need to get here quick.

He didn't have time to wait for firefighters. So, Darling and another person immediately ran over to the home where the elderly man lives with his son.

After no one answered, Darling said, "We ran around to the back, there was no way to get in there." 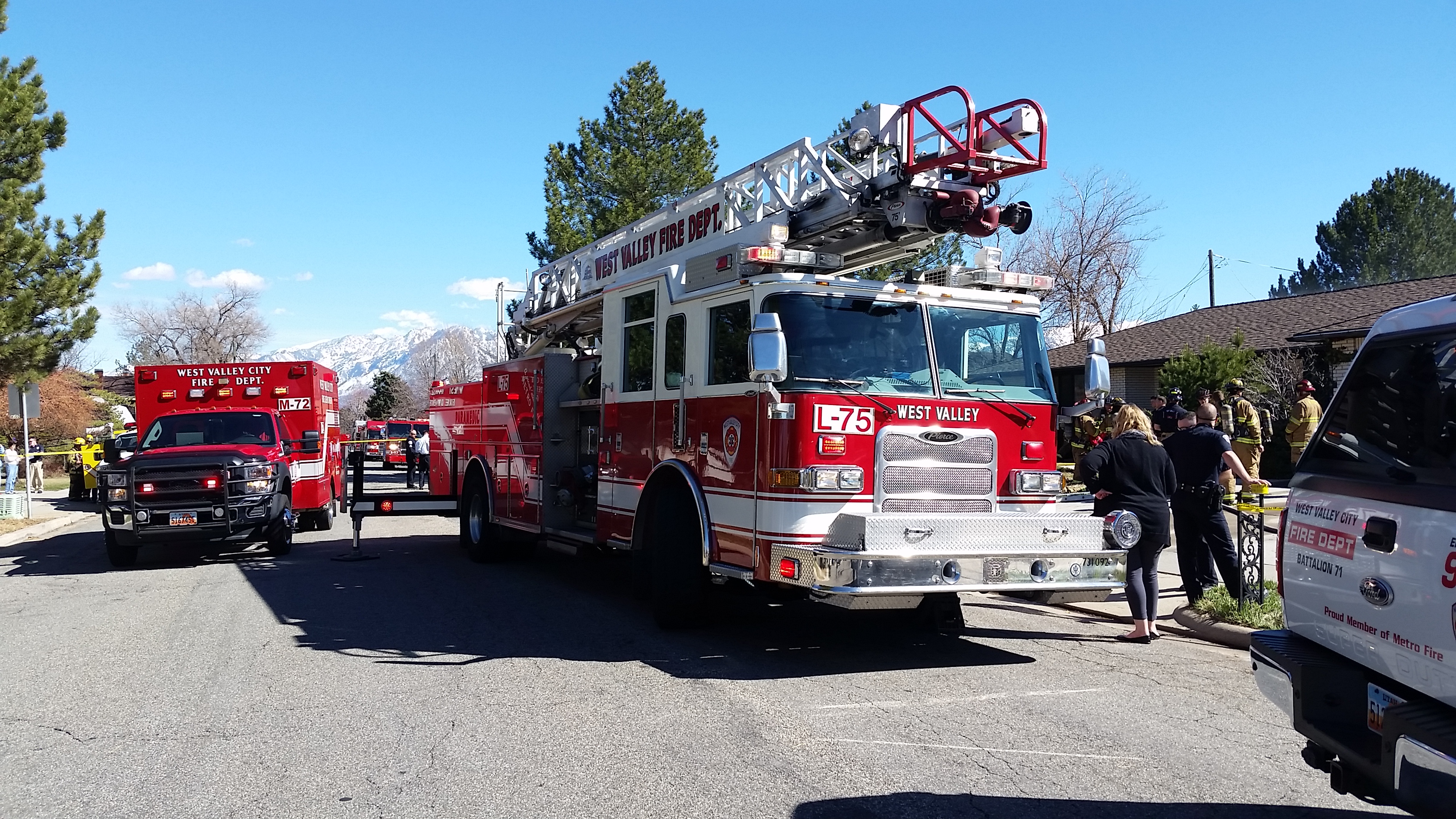 They ran back around to the front. Darling said he was still on the phone with 911.

A police officer showed up and took charge.

Darling said the officer smashed the glass on the front door. Darling opened it, and they tried to crawl inside.

"Me and the officer both, we both tried, but he just... that smoke just overtook you," Darling said. "And being on the knees to yell through the door, I mean is just, is overbearing."

Darling said he called out to his neighbor but got no response. With the smoke and heat too much to bear, they had no choice but wait for the fire department.

"When the guys got here, there was quite a bit of smoke coming out of the front of the house and the eaves of the home," explained West Valley City Fire Battalion Chief Bob Fitzgerald.

They went into the home as smoke poured from it, and found the body of an adult man about 10 feet from the door.

West Valley City Fire knocked the blaze out and began the investigation, which included bringing in a dog to sniff around-- most likely for accelerants.

In a press release Wednesday evening, West Valley City Fire said investigators are working to determine what sparked the fire.

A medical examiner is performing an autopsy to figure out how the man died. They are not releasing the man's identity.

Darling now knows it wasn't the elderly homeowner trapped in the home because he was later spotted on the scene in good health.

It's unclear if it was his son's body recovered from the home.

But Darling also knows they did what they could, and gave it their all to help.

"It's just neighbors looking out for each other," he said. "That's the most important part."

The home is now boarded up, and a family member said everything inside is destroyed, though they added the homeowner has a place to stay.

West Valley City Fire estimates the damage racks up to at least $75,000.