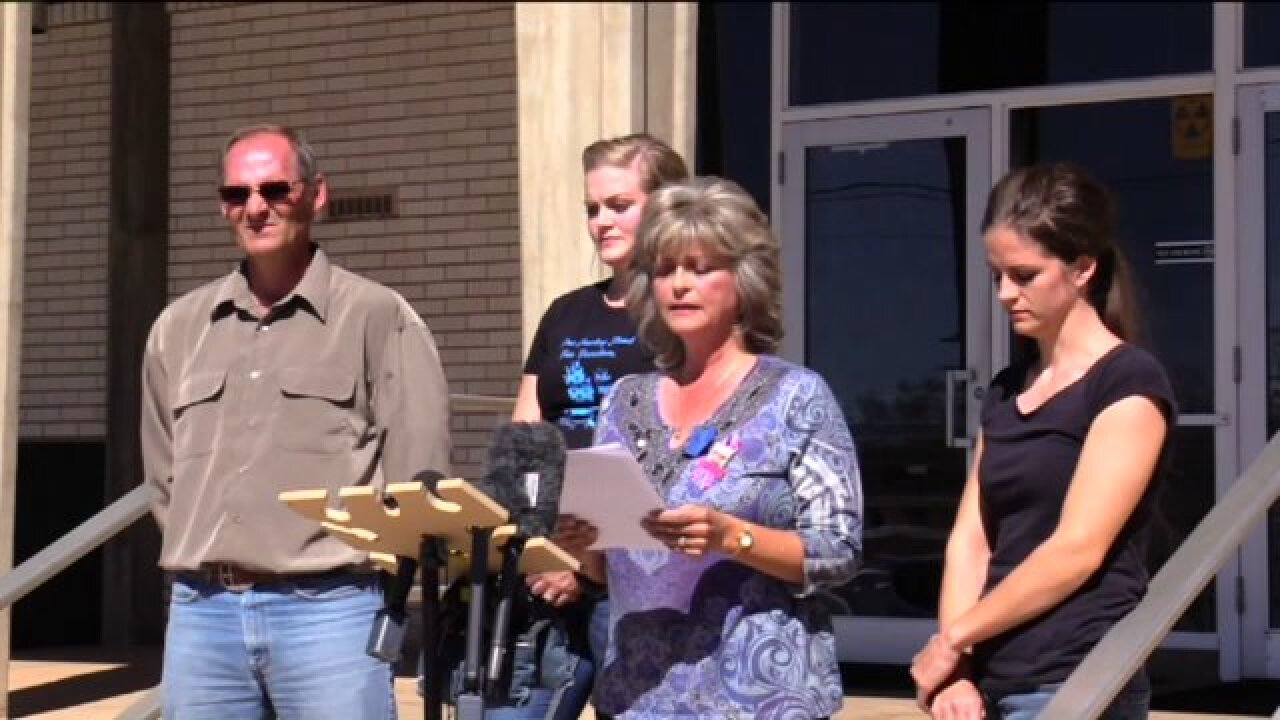 Jeanette Finicum spoke with the media today at the Washington County Building in St. George. Finicum said the deadly shooting was not justified.

“My family and I reject the biased, whitewash findings and conclusion reported yesterday,” Finicum said.

The Malheur District Attorney’s Office concluded that LaVoy Finicum was shot by Oregon State Patrol troopers during a roadblock in January. He was riding with a group of individuals who were occupying Maheur National Wildlife Refuge.

The widow told the media her team of attorneys and investigators have proof that the roadblock was a set up.

“I believe, my family believes, my lawyers believe that this evidence will 'shock the conscience,” she said.

Finicum claims investigators used selectively edited video to show her husband reaching for a loaded gun. In an uncut version, Finicum said, her husband was walking away from the truck with his hands up.

She said investigators left him in the snow for 10 minutes because they knew the three shots into the back killed him.

Brett Tolman, the former U.S. Attorney for the District of Utah, said this is a unique case. Although the county attorney ruled the shooting justified, the Department of Justice is stepping in to investigate FBI agents who admitted to firing at LaVoy Finicum twice.

“The greater concern though is, why would an individual lie about firing their weapon? And then did others know and are they covering for him?” Tolman questioned.

Finicum said Tuesday was the first time she watched the video that was shot by one of the occupiers, Shawna Cox. She believes it clearly shows how law enforcement could have ended the confrontation peacefully.