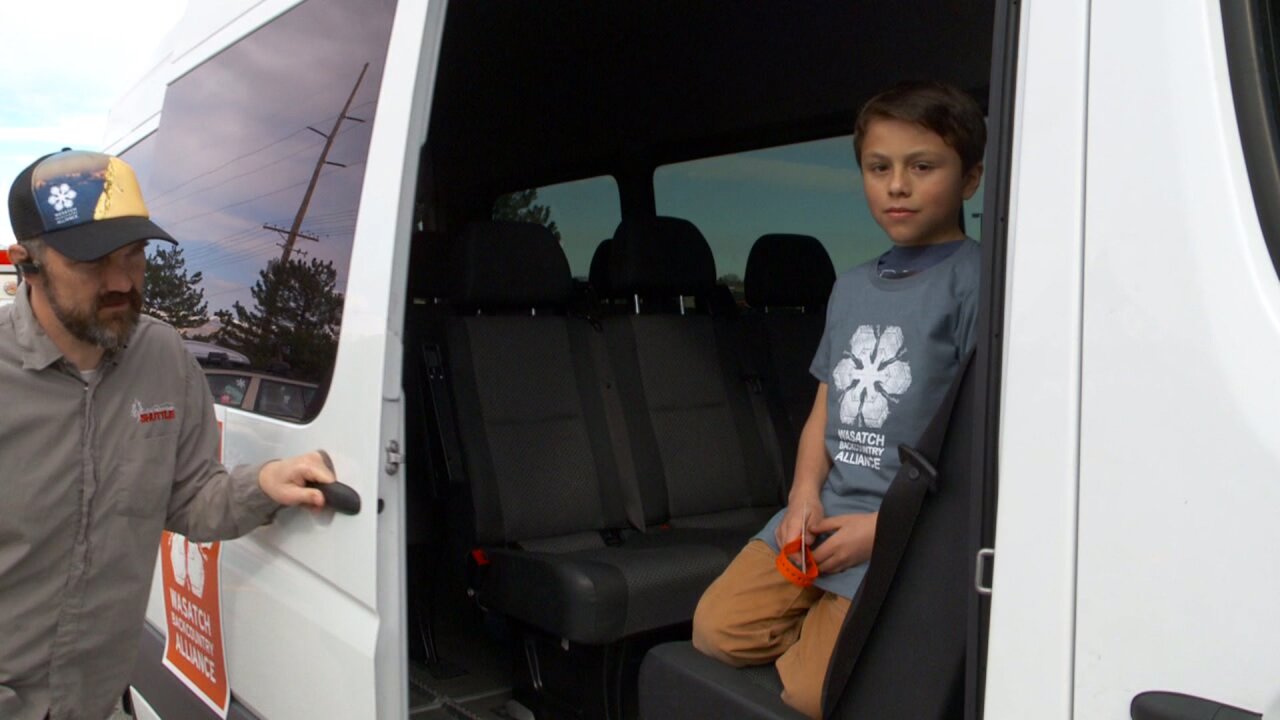 SALT LAKE CITY -- The explosion of people headed to the Wasatch backcountry has forced local leaders to try alternate modes of transportation.

The Wasatch Backcountry Alliance saw a need for a better way to get to Little Cottonwood Canyon, so they asked their Facebook fans a poll question, “…Would you take a free shuttle ride to the canyons instead of drive your own vehicle?"

“On a big snow day you’ll notice a lot of traffic up the canyons,” said Jamie Kent, President of the Wasatch Backcountry Alliance. “They call it the ‘red snake line’ going up Little Cottonwood Canyon. Sometimes people can spend two or three hours sitting in their car idling up there.”

Kent said the air pollution is also a concern because of all the idling.

“It’s a win-win if we can just change people’s habits,” Kent said. “Because driving your car up is more convenient, until you hit that red snake line of cars and spend hours sitting in that and searching for parking.”

Saturday from 7 a.m. until 4:00 p.m., the Alliance scheduled shuttle trips up to Little Cottonwood for free. They hoped they would have had a better turnout since 96 percent of their Facebook fans said they would like that option, but with the low snowfall over the week, there were less riders than expected.

“Well it was a big difference compared to our experience last weekend,” Sonntag said. “At the White Pine parking lot it was a mad house. We had to end up parking all along the road. People were angry and honking at each other.”

“I really like it, it was pretty peaceful,” Claire agreed.

Kent said the sponsors made this shuttle ride free, and he hopes the research taken from Saturday will allow them to continue a ride service like this one in the future.

If you want to learn more about the Wasatch Backcountry Alliance’s efforts, visit their website or Facebook page.