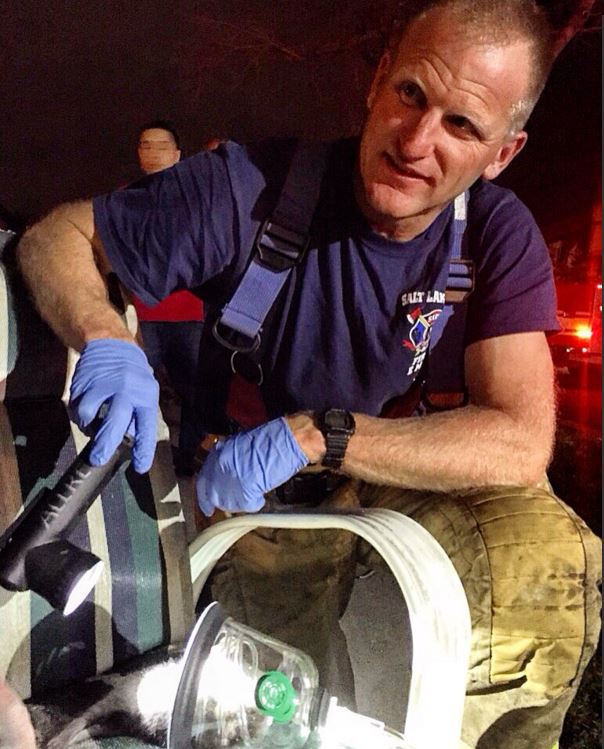 SALT LAKE CITY — Two people were taken to hospitals Friday night after a fire broke out in a basement, and fire crews also rescued and resuscitated several pets.

Salt Lake City Fire Department posted just before 9 p.m. Friday they were responding to a fire in the vicinity of 900 North Catherine Street (1400 West).

The fire was under control within five minutes of crews arriving. One patient suffered a burn injury and a total of two people were taken by ambulance to a local hospital. Further details about their conditions were not immediately clear.

Two dogs and two kittens were rescued from the fire, and all were resuscitated by fire and police personnel. Photos from Salt Lake City Fire Department show the two kittens receiving oxygen from specialized masks designed for use with animals.

Fire officials stated the cause of the fire remains under investigation. The damage to the basement and rear of the home is estimated at $50,000. Both residents are displaced as a result of the damage.