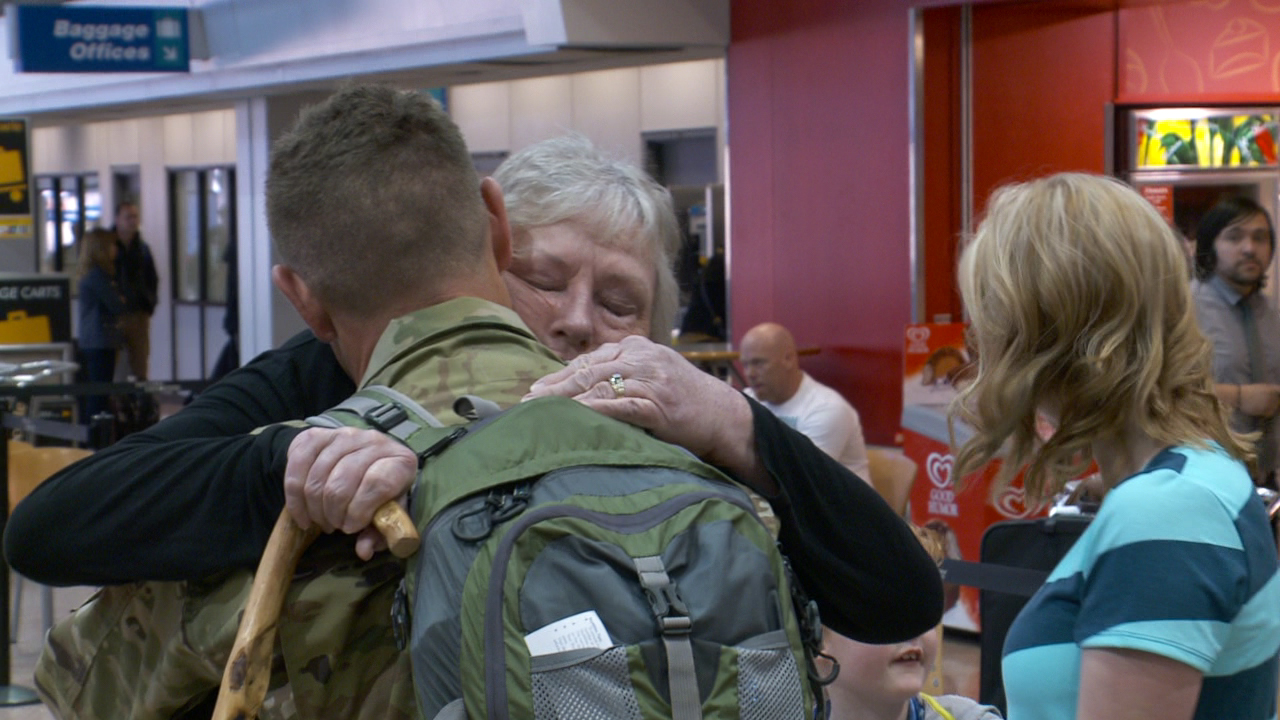 According to a press release, about 14 soldiers who served with 141st and 14nd Military Intelligence battalions returned home this week, with the final group arriving Saturday at Salt Lake City International Airport.

“It’s good to be home,” said Sgt. Nicholas Gines. “When I left, she was barely speaking and walking, and now she’s here walking around and it’s good to see all the family… it’s really hard to do deployments, and it’s really awesome when you have a support system, a family to back you up.”

Gines said aside from reconnecting with his family, he is looking forward to a shower where he controls the temperature and the water isn’t too hot or too cold.

The soldiers were providing Arabic language support to the U.S. Central Command in support of Operation Inherent Resolve. They returned to Utah after undergoing demobilization processing at Fort Hood in Texas last week.