‘Super Dell’ Schanze to run for governor as Independent

Schanze is running as an Independent. He has run for the office in the past as a Libertarian in 2008 and as a republican in 2010.

Schanze pleaded guilty in federal court last April to a misdemeanor charge of harassing wildlife. He was sentenced to a year of probation.

Schanze was accused of harassing wildlife from an incident that stemmed back to 2011. A video surfaced online in which a paraglider was seen pursuing a barn owl and kicking it. He repeatedly denied it was him in the video.

On April 9, he refused to want to admit to the facts of the case as put forward by federal prosecutors. He apparently changed his mind on April 10.

Schanze gained fame for his local TV commercials for his “Totally Awesome Computers” business and his infomercials on topics of his choosing.

The documents below show Schanze's file for candidacy. 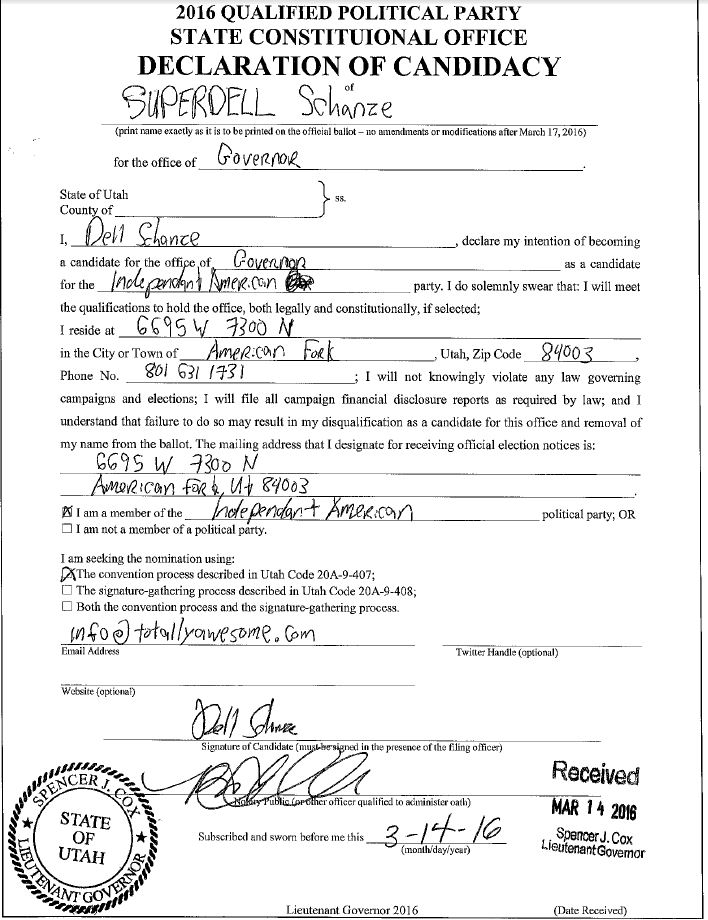