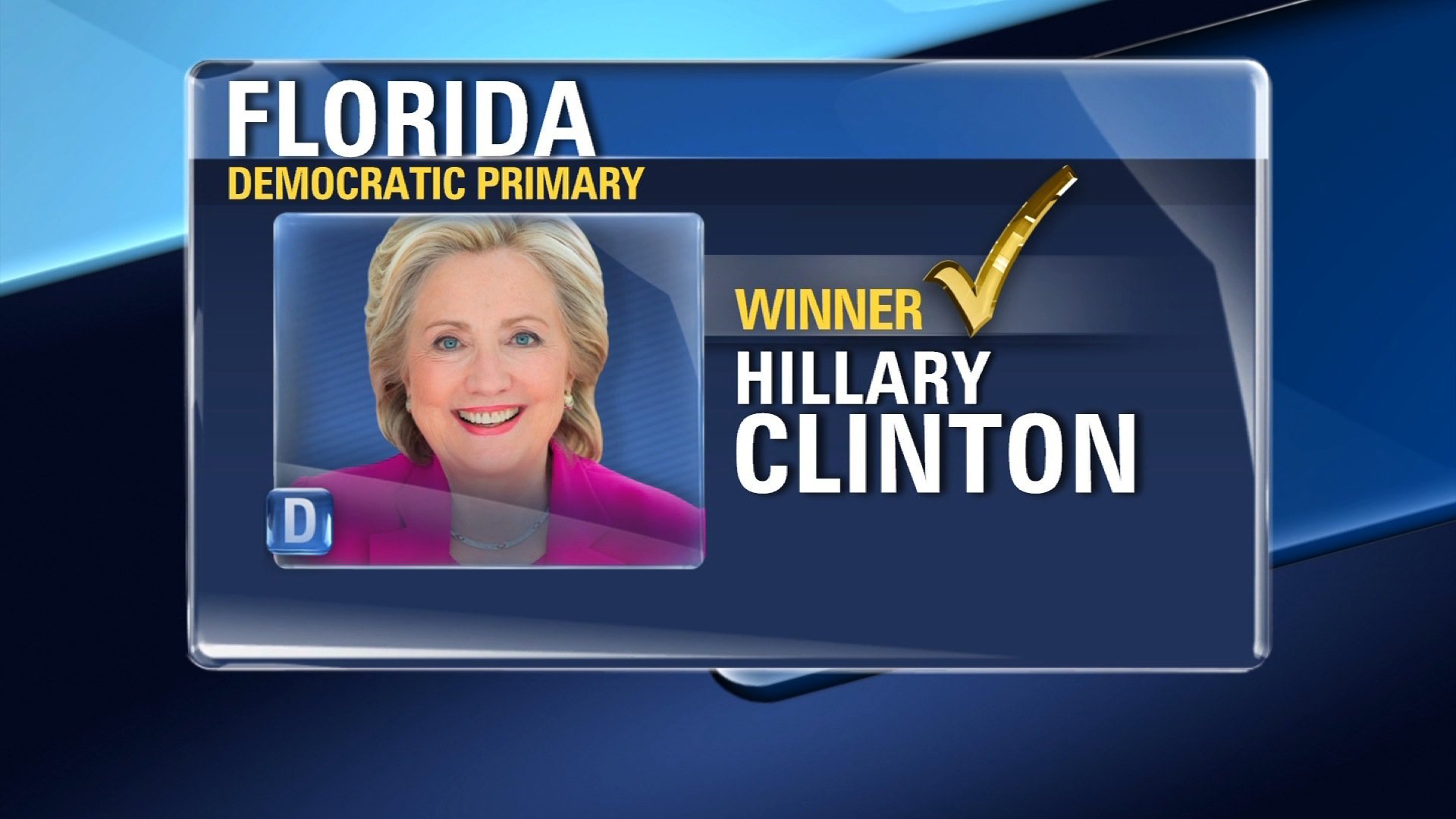 CNN projects that Kasich, the Ohio governor, will win the GOP primary in his home state. The win is his first of the 2016 campaign and represents a speed bump for Republican front-runner Donald Trump by depriving the billionaire of 66 crucial delegates that would have made it easier to reach the magic number of 1,237 delegates needed to win the nomination.

Still, Trump won three of the five contests Tuesday: North Carolina, Illinois and the big prize of Florida. The resounding victory in the Sunshine State, which awards 99 delegates, helped force Rubio out of the race after failing to unite the Republican establishment against Trump.

GOP leaders may now look to Kasich as their final chance to unite behind a candidate who could challenge Trump in the event of a contested convention.

“We are all very, very happy,” Kasich told CNN’s Wolf Blitzer in a telephone interview.

On the Democratic side, Clinton has won the Florida and Ohio primaries — crucial victories that bolster Clinton’s claim that she is her party’s only candidate who can win diverse states that will be pivotal in the November general election.

She is also projected to win the North Carolina primary. That completes her sweep of Southern states, where she has enjoyed strong support from African-American voters.

“We are moving closer to securing the Democratic Party nomination and winning this election in November,” Clinton said in a victory speech in West Palm Beach, Florida.

She added that by the end of the night she would have more two million more votes than rival Bernie Sanders, and hold a lead of more than 300 in the delegate count.

Clinton’s victory in Ohio follows her surprise loss in Michigan last week, which raised fresh questions about her campaign strategy and provided a lift to Sanders that he hoped would help him sweep the Midwest.

Clinton unveiled a retooled message in her victory speech Tuesday that simultaneously rationalized her campaign against Sanders and foreshadowed a general election duel with Trump, as she stressed repeatedly she would create jobs as president and stand up for the middle class.

“We are going to stand up for American workers and make sure no one takes advantage of us, not China — not Wall Street, not overpaid corporate executives,” she said.

In a speech that served as a thinly-veiled rebuke of Trump’s campaign tactics, Rubio warned that the politics of division will leave America a “fractured nation.”

“America is in the middle of a real political storm, a real tsunami and we should have seen this coming,” Rubio said. “While we are on the right side,” he said, “this year, we will not be on the winning side.”