14,000 turn out for Bernie Sanders rally in Salt Lake City 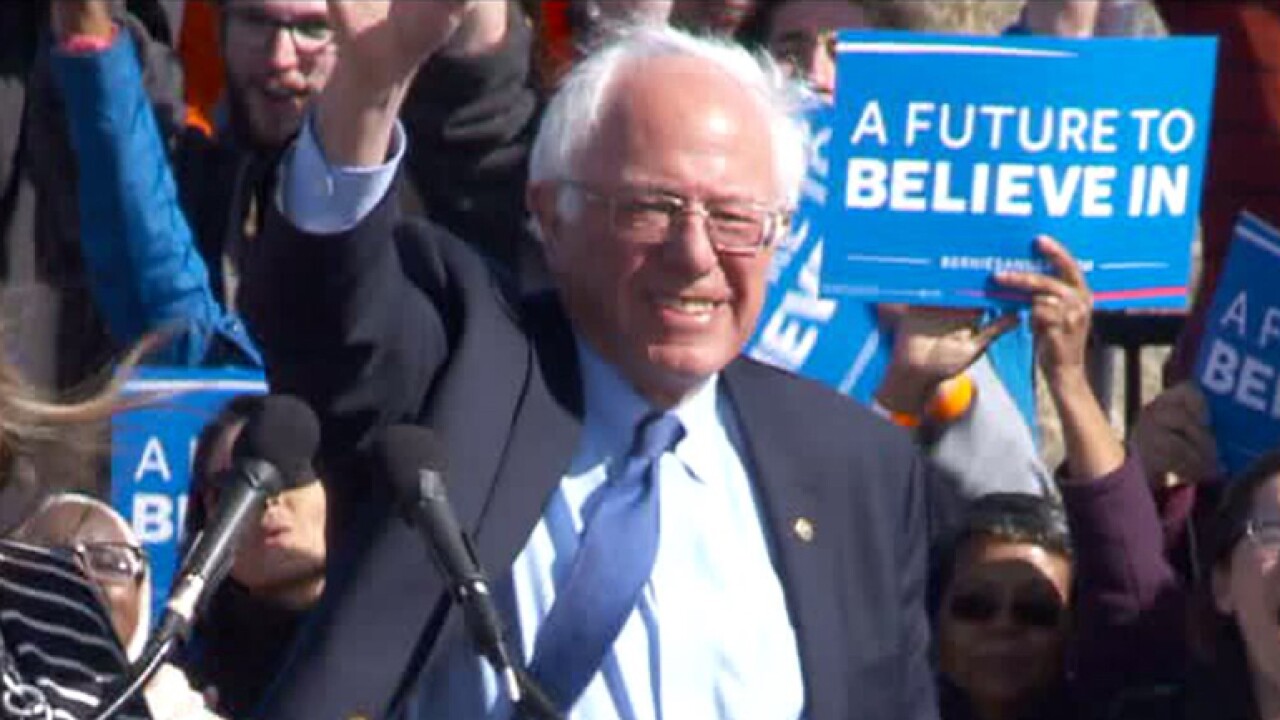 SALT LAKE CITY -- Democratic presidential candidate Bernie Sanders spoke in Salt Lake City at a rally at This is the Place Heritage Park on Friday.

Park officials estimate more than 14,000 were there for the rally, where the Vermont senator spoke on topics ranging from a free education, racial equality, immigration, and pay equity to climate change and the shrinking middle class.

"We're talking about making public colleges and universities tuition free!" Sanders said to cheers from the crowd. "Is this a radical idea? No, it's not. It really isn't, it's very common-sensical."

For many of the people in the crowd, Sanders was preaching to the choir.

"He is the true spirit of the progressive movement. He's the candidate we need," said Donald Aguirre.

Rep. Angela Romero, D-Salt Lake City, said she is backing Sanders in Tuesday's Democratic caucus. Sanders is campaigning hard in Utah to win the 37 delegate votes from the state at the national convention.

"I think it's important that people take the state of Utah seriously and the number of people I've seen come out for Bernie Sanders gives me hope," Romero said.

Sanders is expected to be back in Salt Lake City on Monday.

Use the video player above to watch a recap of the speech.