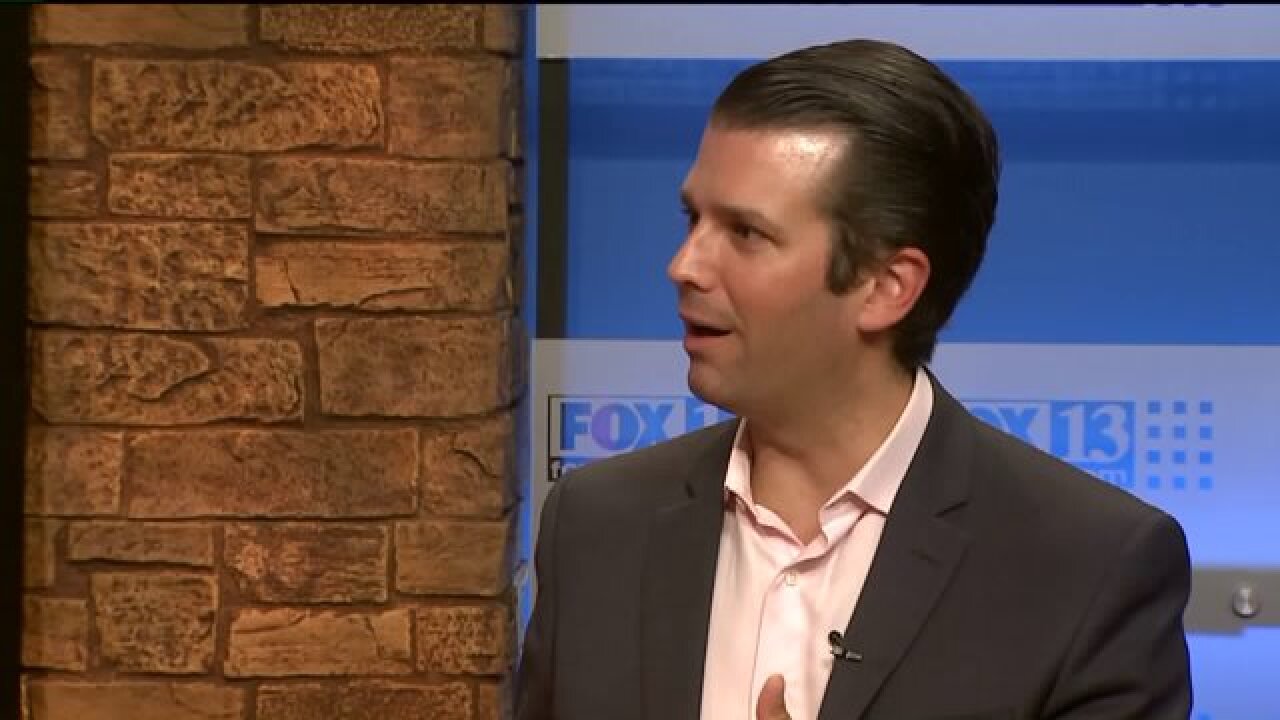 SALT LAKE CITY – Donald Trump was the subject of some criticism in Utah Saturday following his remarks on Mitt Romney’s faith, and Trump’s son was in the FOX 13 Studio Saturday to discuss his father’s candidacy and the controversy.

Don Trump: “No, that’s not what he said actually.”

Trump's remark Friday was: "I have many friends that live in Salt Lake, I have a lot of friends, a lot of friends, by the way, Mitt Romney is not one of them. Did he choke? Did this guy choke? He’s a choke artist. I can’t believe, are you sure he’s a Mormon?"

Trump Jr. said the tongue-in-cheek comment made by his father is an attack on Mitt’s character, not his faith.

The public perception of Donald Trump is often that he is loud, bombastic and brash. But, his son said that’s not the man he knows.