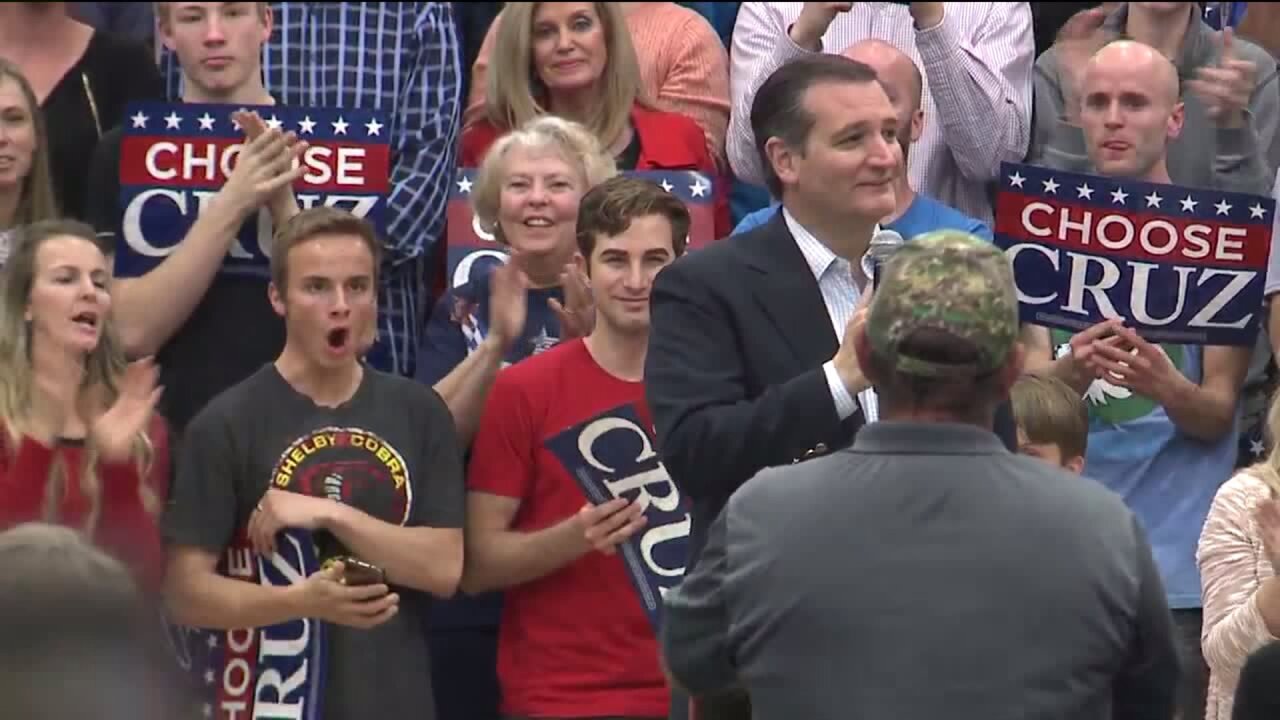 Ted Cruz speaks at a rally in Provo Saturday, March 19.

SALT LAKE CITY — Utah may be poised to give Texas Senator Ted Cruz his most decisive win of the 2016 elections, according to a poll of likely Utah Republican Caucus goers conducted by Y2 Analytics.

In the poll, conducted between March 17th and 19th, Cruz has 53 percent support, followed by Ohio Governor John Kasich with 29 percent.

“The thing to watch for is Utah’s 50 percent rule,” said Quin Monson, a founding partner at Y2 Analytics.

Utah’s Republican Caucus rules assign delegates proportionally according to each candidates vote total, with one big exception. If a candidate gets a majority of the total, they get every delegate.

“Ted Cruz is the only candidate showing the potential to get more than 50 percent of the vote in Utah,” Monson said.

Monson says the poll results show the potential for Cruz to tie up all 40 of Utah’s delegates.

The poll also asked voters how likely they were to attend a caucus, and Cruz lead more strongly among those saying they were “very likely” to attend, with 57 percent support.

The poll also shows 81 percent of Utah Republicans believe their party is on the wrong track, and 64 percent believe nominating Trump will weaken the party.

The last publicly available poll was taken from February 10th to the 15th for UtahPolicy.com. That was before the South Carolina primary, when Marco Rubio, Ben Carson, and Jeb Bush were still actively campaigning. Cruz also had a lead then, but the divided field gave him 22 percent support among Republicans followed closely by Rubio and Trump.

In the national race for the Republican nomination, Donald Trump has a clear lead making it probable he will finish he primary season with more delegates than anyone else, but he has to win 1,237 delegates in order to win the nomination without a fight at the Republican National Convention.

Ted Cruz has topped all other candidates in seven states and Guam in 2016 so far.

Texas, Cruz’ home state, was his most decisive victory, gaining 104 of the state’s 155 Republican delegates.

Aside from the Lone Star State, the most Cruz has taken from any contest was 27 delegates, which he gained from taking 2nd place in North Carolina.

Monson and Scott Riding, with Y2, say voters may choose to be strategic at the March 22nd caucuses.

“For him to break 50 percent in the caucuses, he needs undecided voters and Kasich supporters to break his way,” Riding said.