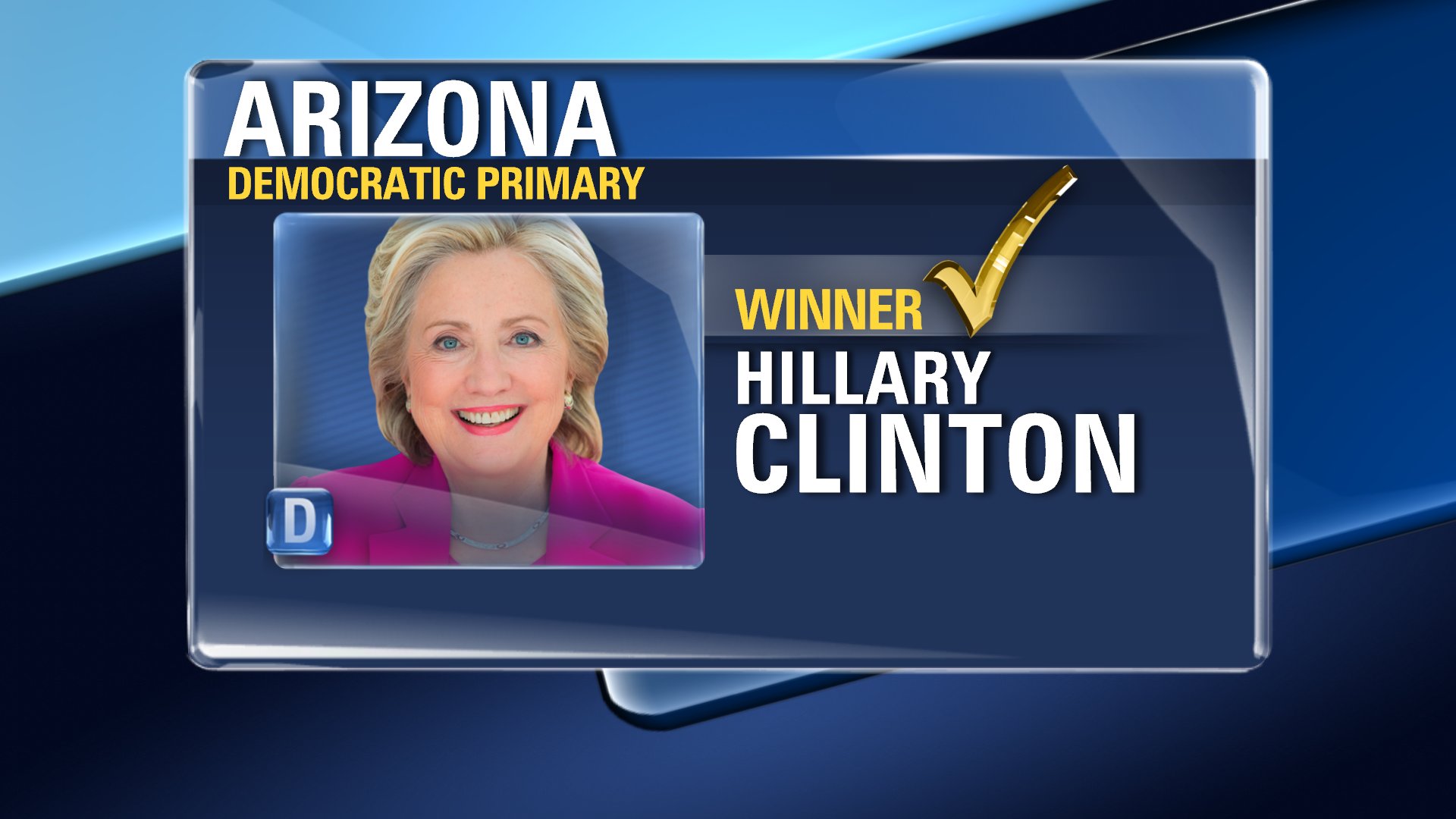 Vermont Sen. Bernie Sanders has won the Idaho Democratic caucuses, according to a CNN projection.

Texas Sen. Ted Cruz has won the Utah Republican caucuses, according to a CNN projection.

(CNN) — Donald Trump and Hillary Clinton notched convincing victories in Arizona, picking up the biggest prize of Western Tuesday while Bernie Sanders came out on top in Utah.

Trump’s Arizona victory hands him 58 Republican delegates, which could make it harder for rivals Ted Cruz and John Kasich to slow his march toward the nomination.

But he could face a competitive contest in Utah, where Cruz hopes to clinch at least 50% of the vote. If he reaches that threshold, he’ll take all of the state’s 40 delegates.

Clinton’s win, meanwhile, thwarted hopes from Sanders’ campaign for an early morale boost after the Vermont senator drew a blank in five important contests across the Midwest and the South last week.

But Sanders’ Utah victory represented a much-needed morale boost for the Vermont senator and could bolster his justification for remaining in the race despite increasingly long odds of winning the nomination. His campaign also has high hopes of pulling off a win in Idaho later in the evening.

Clinton said she was “very proud” to have won Arizona.

Speaking in Seattle, she said the devastating terror attacks in Brussels on Tuesday underscored why America needed a “steady” commander in chief, taking another clear shot at Trump.

“I do believe I am the most ready of anybody running to take this job,” Clinton said.

Arizona’s 75 Democratic delegates available are awarded proportionately, so Clinton will not be able to make the same strides in the overall electoral math that Trump is managing on the Republican side. But a large win in Arizona would effectively keep her lead of over 320 pledged delegates intact even if Sanders wins the smaller delegate hauls in Utah and Idaho.

Sanders appeared in San Diego, California, before his Utah victory and expressed confidence about his odds there and in Idaho.

“When we began this campaign we were considered a fringe candidacy,” Sanders, his voice hoarse from months on the campaign trail. “Well, 10 months later we have now won 10 primaries and caucuses. Unless I am very much mistaken, we are going to win a couple more tonight.”

Cruz went into the caucuses after securing the endorsement of Mitt Romney in a state with a high concentration of the former Republican nominee’s fellow Mormons.

Romney told Republicans in a robocall that a vote for Cruz’s rival, Kasich, was effectively a vote that would make it easier for Trump to win the 1,237 delegates needed to win the nomination.

Cruz still has a mathematical path to the nomination but his main hope lies in stopping Trump short of that magic number and prevailing in a contested Republican National Convention in Cleveland in July. The same applies to Kasich.

The candidates’ regular election-day get-out-the-vote efforts were replaced by an escalating political battle over ISIS-claimed terror attacks in Belgium. Candidates conducted a flurry of television interviews staking out ground on national security to bolster their credentials as potential presidents.

The Cruz campaign said the attacks in Brussels could give its candidate an opening to distinguish himself from other candidates, including Trump.

“This is Major League vs. T-ball,” a Cruz campaign official said.

A total of 2,383 delegates is needed to clinch the nomination.

CNN’s Sunlen Serfaty and Boris Sanchez contributed to this report.